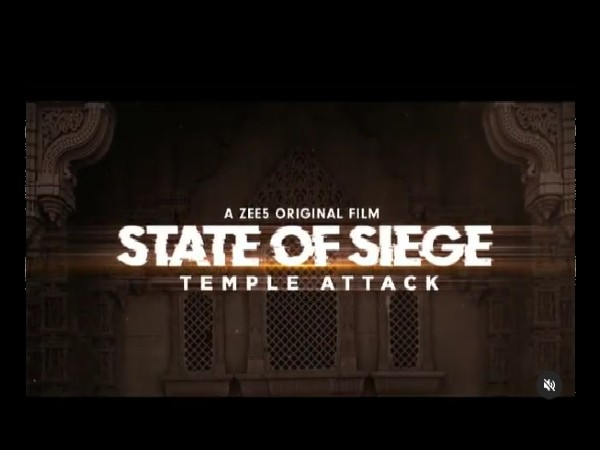 Zee5’s new series is ‘State of Siege: Temple Attack’ which is inspired by true events. The makers of the film have released the teaser of the film which reminds us of the NSG heroes who fought for us. NSG has always Has demonstrated his will and determination to save innocent lives and successfully capture/kill terrorists.

This movie will take you through their journey and all the scenes of a horrific temple attack. As can be seen in the teaser, we are getting to see a lot of thrill, action, drama and suspense. This film is surely going to keep the audience glued to their seats.

The teaser begins with the voice over of a terrorist who is ready to kill everyone for his mission. It shows how people were trapped and held hostage by terrorists while NSG commandos handled the situation and saved lives. Director Ken Ghosh shared, “State of Siege: Temple Attack is not just a film, it is A tribute to the NSG commandos of India who are always ready to risk their lives to protect us.

As the son of a naval officer, I have immense respect for the armed forces. In State of Siege: Temple Attack, we have tried our best to pay a tribute to our diamonds and I cannot wait for the film to release on ZEE5. “We will see Akshaye Khanna back in uniform after many years, as well as Vivek Dahiya returning as an NSG commando after State of Siege: 26/11, along with Gautam Rode.

Contiloe Pictures (Abhimanyu Singh), the dream team that produced State of Siege: 26/11, is back, which will be directed by Ken Ghosh, who also directed the hugely popular and successful Abhay 2. Lt Col (Retd) Sandeep Sen who was the advisor to both the state siege projects. State of Siege: Temple Attack will premiere on 9th July on ZEE5.