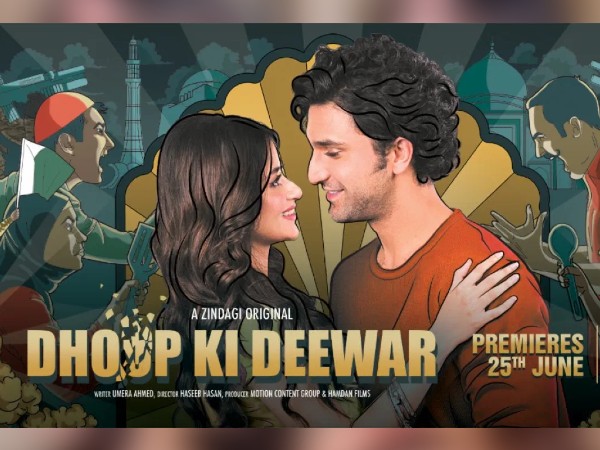 ZEE5 announces the premiere of ‘Dhoop Ki Deewar’, take note of the timing!

The countdown for the launch of Zindagi’s third original web series ‘Dhoop Ki Deewar’ has begun, taking the excitement of the show to a new high. While all eyes are on the launch on June 25, ZEE5 has announced the premiere of the weekly episode every Friday at 12 noon, which promises to excite the viewers.

On the special occasion of 75th Independence Day of both India and Pakistan, ZEE5 will air the concluding episode on Independence Day weekend which will be a historic milestone for people on both sides of the border and South-Asian diaspora globally. Will share a special message of peace, togetherness and ‘heart above hate’ on a very special day for both the countries.

Dhoop Ki Deewaar revolves around the hollowness that pervades the families of martyrs on both sides of the border and has been making headlines for all the right reasons since the launch of its first teaser!

Manish Kalra, Chief Business Officer, ZEE5 India said, “The opportunity to tell such a powerful yet poignant story does not come easily. Through ‘Dhoop Ki Deewar’, we want to touch the lives of as many people as possible and share the vision of ‘Nahat Se Deewar’. We want to start the conversation about ‘Up Dil’. At ZEE5, we believe in innovating constantly and look forward to seeing more success with the show’s weekly episodes and new launch time of 12 noon.”

Talking about the initiative, Shailja Kejriwal, Chief Creative Officer, Special Projects, Zee Entertainment Enterprises Ltd. said, “The show is a sincere attempt to showcase the loss caused by the war and the people on both sides and across the border. There is a call for the viewers to introspect the need of the world at peace. We hope that the viewers will engage with the show and love to hear their feedback as we continue to release new episodes over the week.”

Minissha Lamba revealed on the casting couch, said – had fallen in love with a Bollywood actor, he cheated