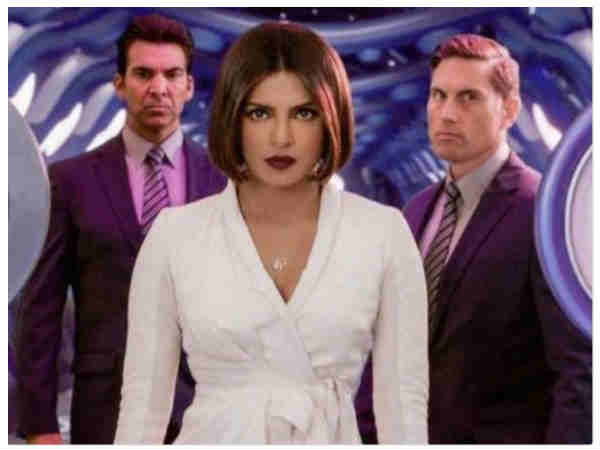 We Can Be Heroes: Priyanka Chopra is the supervillain of this superhero film

Significantly, Priyanka Chopra is currently ruling Hollywood. His film The White Tiger will also be released soon on Netflix. It is believed that Priyanka Chopra can get Oscar nomination for Best Supporting Actress for this film.

no project in bollywood

At present Priyanka Chopra does not have any project in Bollywood. There were speculations that she might become Amrita Pritam for Sanjay Leela Bhansali and Irrfan Khan for her Sahir Ludhianvi but this project never started.

At the same time, Priyanka Chopra’s stature is increasing continuously in Hollywood. In the last 10 years, Priyanka Chopra has earned the status of a global star. Priyanka had knocked in Hollywood in a very bold style. His first English song In My City was a chartbuster and was well received by the people.

From Miss World to Hollywood

When Priyanka had placed the Miss World crown on her head 20 years ago, no one thought that one day this girl would rule Hollywood too.

Priyanka Chopra teamed up with famous singer Pitbull to release a single named Exotic, which entered the chartbuster list of many countries.

After so many achievements, Priyanka also found true love in life in Hollywood. Nick Jonas approached her on a date with her after seeing her at Quantico.

Even after marriage, the journey of blowing Priyanka Chopra’s senses continues. However, at present, no one knows about his upcoming projects.

have to return home

Till now Priyanka Chopra’s homecoming has not happened in Bollywood. His The Sky Is Pink also did not get much love from the audience. In such a situation, it is to be seen when and how his comeback in Bollywood happens.

READ ALSO -   Nude picture of Hollywood actress Jennifer will be auctioned for so many dollars for Corona virus fund!