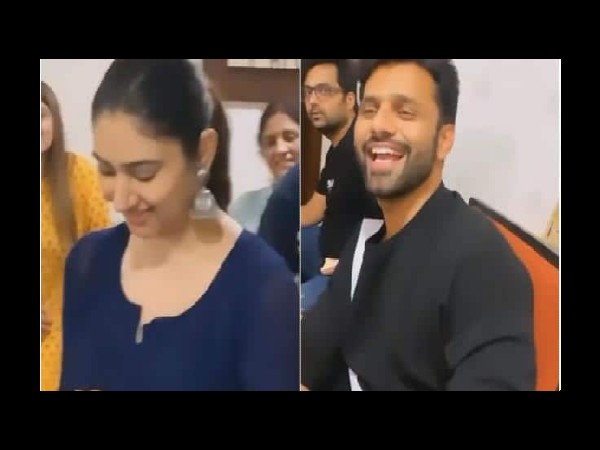 There are only a few days left in the marriage of Bigg Boss 14 fame Rahul Vaidya. Rahul Vaidya is going to take seven rounds with TV actress Disha Parmar. During Bigg Boss 14 itself, it was decided that the couple would get married soon. After returning from the new season of Khatron Ke Khiladi, the marriage of Rahul Vaidya and Disha Parmar has been praised on 16 July. The couple has started preparing for the wedding. Recently a video of this has surfaced.

Hearing this, Disha Parmar blushes and starts laughing. On the other hand, another video of both of them has been shared on a fan page where everyone is seen preparing for the dance during the wedding. Ali Goni has also shared a video. It seems that he too is all set to add color to his friend Rahul Vaidya’s wedding.

Everyone is seen dancing with fun on the song of Mere Yaar Ki Shaadi. Let us tell you that Rahul Vaidya had announced in the Bigg Boss 14 house that he will marry Disha Parmar.

Due to being busy with Corona and other projects, the family of both did not finalize the date. It is also said that both are dating each other for a long time. During an episode in Bigg Boss house, Rahul proposed Disha Parmar for marriage and confirmed that there is love in his life.