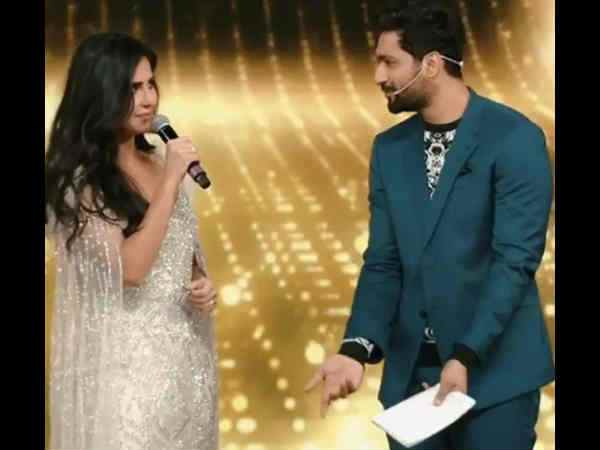 Father has not given approval

According to a report in Times of India, Vicky Kaushal’s father Sham Kaushal is not very happy with this relationship and has alerted Vicky about it. Sham Kaushal wants Vicky Kaushal to focus solely on his career at this time.

However, Katrina has also become a good friend of Vicky’s brother Sunny Kaushal and has reached events to promote his projects.

Katrina Kaif is now ready to take her relationship with Vicky Kaushal to the next level. Not only this, he has given a lot of hints to Vicky Kaushal, which indicates that Vicky should not be too intimate on camera with Sara Ali Khan in his upcoming film Ashwatthama.

Discussion started with Koffee with Karan

The whole thing started with Karan Johar’s show Koffee With Karan where Vicky Kaushal told that seeing Katrina Kaif makes his heart beat. Half of the people must have watched this episode just to see Vicky Kaushal’s reaction.

After this, Vicky Kaushal and Katrina Kaif’s dance in Isha Ambani’s Holi party in 2020 came in the form of a viral video in front of everyone’s eyes. Not only this, both of them had reached this party while twinning.

Fans also welcomed the new year by taking different pictures from the Instagram accounts of these two stars and joined them together and showed how the background of both the pictures is almost the same. While Vicky Kaushal shared pictures with his brother Sunny Kaushal, Katrina Kaif with her sister Isabelle Kaif.

Vicky and Katrina’s picture of a dinner date was leaked. But this picture was deleted immediately. Katrina Kaif often posts some pictures and whenever fans find Vicky Kaushal from somewhere in those pictures, Katrina deletes these pictures.

After confirming Harshvardhan Kapoor, it is believed that Vicky Kaushal and Katrina Kaif can make their relationship official soon. Fans are happy at the moment that it is too late but their dreams of seeing Viktrina together are about to come true.

READ ALSO -   Sushant Singh Rajput used to live in a luxurious house in Mumbai in the last days, seeing these 10 pictures will fill his heart