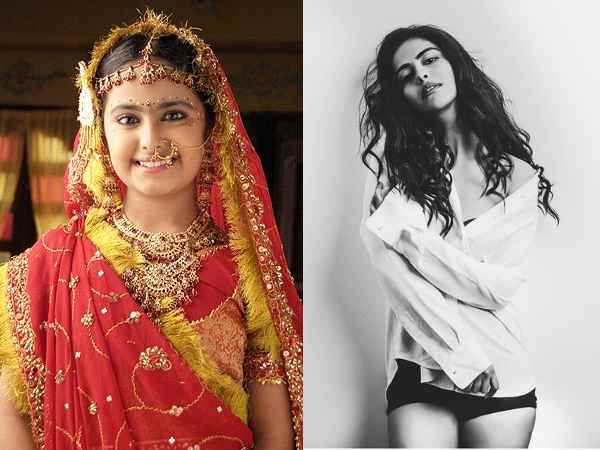 TV’s youngest daughter-in-law Anandi’s birthday – Avika turns 23, know what she did with her first salary

The year 2021 began with a wonderful trip by Avika. On this trip, Avika introduced everyone to her changed look and fans were surprised to see her bikini avatar.

In 2020, Avika Gaur shared a post and told that she has found her life partner. Avika is dating Ex Roadies contestant Milind Chandwani. Milind runs an NGO and helps poor children in their studies.

Avika and Milind met during a party in Hyderabad. In this party, Avika liked Milind very much and Avika proposed to Milind. Milind also realized later how special Avika was to him.

Avika’s in-laws Simar Ka, co-star Manish is a very good friend of hers and despite the age gap between the two, the discussion of their affair has always been fresh in the gossip street. Both made it clear in every interview that they are best friends and spend a lot of time with each other. Recently, strange rumors of a secret child of the two kept the gossip alley hot.

Avika had romance with Manish at a very young age. But recently when strange rumors of her having a child with Manish arose, Avika broke her silence and said that Manish is just a little younger than her father’s age.

On her 18th birthday, Avika gave a gift to the audience and fans were shocked to see her new look. Avika had cut her hair completely short. Although his look was also very much liked by the fans.

Avika Gaur has reached the Cannes Film Festival with her short film. He has received many awards for his acting till now. Avika was last seen on TV in Laado Veerpur Ki Mardaani.

worked hard on myself

Avika has worked hard on her look. She had told in an interview long ago that in her childhood she used to be very sad about her excess weight. So he decided to work hard on himself. Avika surprised everyone with her changed look.

Avika’s pictures often go viral on the internet. Avika has made her film debut with Telugu films. She appeared in many South films and there too the audience gave her a lot of love.

This is the little Anandi of Colors i.e. the favorite Avika of the fans. When Avika started this show in 2008, she was only 11 years old. Looking at today’s Avika, it is difficult to recognize that she is the same little Anandi.

Avika Gaur was seen as a child actor in the film Pathshala opposite Shahid Kapoor. But she got fame on TV with the character of Balika Vadhu Anandi.

Avika Gor became a star on TV overnight with Balika Vadhu. She was probably the only child artist of that time who got so much fame.

Avika also got a lot of success in Telugu films. In 2019, he also participated in Khatron Ke Khiladi. This season he was accompanied by many stars including Bharti Singh, Puneet Pathak.

was back on tv

Avika returned to TV with a show called Rajkumar Aryan. In this show, Avika played the role of a little princess.

Avika turned from Ek Balika Vadhu to TV’s cutest daughter-in-law with the show Sasural Simar Ka. In this show, Avika appeared in the role of Dipika Kakar’s sister and Devrani.

This little Anandi is celebrating her 23rd birthday on 30th June. With this lovely picture of Avika, we too wish her a very happy birthday.