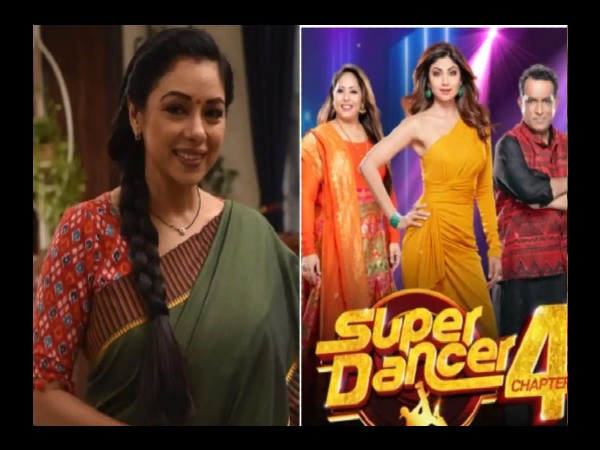 BARC BARC India (Broadcast & Audience Research) has released the TRP list for the 28th week. This time too, the twists coming in many shows have changed the TRP ratings. In the midst of the Corona epidemic, Rupali Ganguly has given such a knock on TV last year that this show has become the world’s number one show of TRP.

Amidst many top shows in Corona, Anupama show has ruled the hearts of people this week by becoming a mother, wife. At the same time, this week Shilpa Shetty’s show Super Dancer Chapter 4 Top 5 has not been able to make its place in the show. But before the arrival of the finale of Indian Idol, the audience has kept the show on hold over the weekend. Vanraj has lost his job in the Anupama show and is now setting up his own cafe business outside Anupama’s dance class.

With this interesting twist in the story, Anupama is at No 1 this week with 7705 impressions. In the love story of Sai and Virat, with Sai being accused of drugs, the blast that happened in someone’s love, so this show is at number 2 with 7655 impressions. Which is only slightly behind Anupama.

With high drama, Tamarind is challenging other daughters-in-law by becoming a daughter-in-law. The audience has placed Tamarind Show at number 3 rating i.e. it has got an impression of 7024. Indian Idol 12 has succeeded in creating magic over the weekend. The show’s finale is on August 15, before the ongoing confrontation between the contestants has given an impression of 5467, bringing the show to number 4. Yeh Hai Mohabbatein Ke Naam Yeh Hai Chahatein has not delayed in becoming the top show of the audience.

The show, which was in the top 5 for several months, has now again returned to number 5. That too with an impression of 5356. While in the rest of the show, Shilpa Shetty’s show Super Dancer Chapter 4 has kept the number 7 spot. Kundali Bhagya at number 6. After this comes the number of Saath Nibhana Saathiya and then finally Yeh Rishta Kya Kehlata Hai.