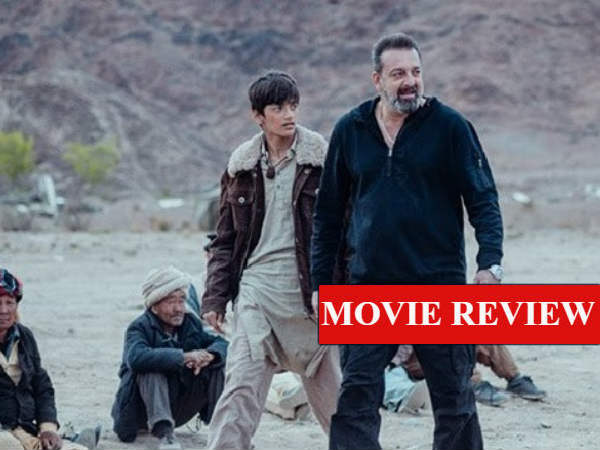 Torbaaz movie review: A cumbersome film on a good subject – cricket and even Sanjay Dutt couldn’t save

At a refugee camp in Afghanistan, a former army doctor wants to bring joy to children through cricket… but he soon learns that it’s not just a game. In a country where children have seen more terrorism than books and bats, promoting cricket is an impossible task.

The film ‘Torbaaz’, directed by Girish Malik, is a tale of hope. Hope.. of a peaceful life, of humanity, of fulfilling dreams, of a better tomorrow.

The theme of this film revolving around the terrorist activities happening in Afghanistan is good. But the story gets killed in the direction.

When Afghanistan’s team suddenly emerged in the world of cricket, the whole world was shocked. Today he is also a member of ICC. But this journey must not have been easy for the players of this country, who have been battling terrorism for years. Through his film, the director gives an opportunity to get acquainted with the lives of children living in refugee camps.

A former army doctor (Naseer Khan) comes back from India to Afghanistan, where terrorism has so deepened that even the daily death toll is scribbled on people’s lips. This time the target of terrorists are especially small children, who are carried out by making suicide bombs and carrying out big conspiracies. Nasir had lost his family in a bomb blast in Afghanistan itself. He joins an NGO here, started by Ayesha (Nargis Fakhri) along with his wife. This NGO works for refugee camps. The life of the children living in the camp makes him restless. He does not want any child to become a suicide bomb in helplessness or to go through the path of terrorism. Nasir uses cricket to give children a goal and hope in life. He forms a team with the children of the refugee camp and names it – ‘Torbaaz’. But will it be an easy task for Nasir to take the guns out of the hands of the children, give them hope and put the bat?

Torbaaz is a heart-warming story that captures the mood of people battling terrorism and children living in refugee camps. How children are brainwashed by terrorists, what is its effect on them and their families. All this is shown in the film. But the screenplay written by Girish Malik is quite weak and fails to hold on for two hours. The director was not too impressive with this sensitive story. One major reason for this is the length. The first hour the film takes just to establish the story. The story progresses very slowly. At the same time, the story picks up pace in the second half, but in the climax it again falls apart like a pack of cards.

Sanjay Dutt plays the role of Naseer Khan. He has a good rapport with the kids… especially in the emotional scenes. However, as a cricket coach, there was some deficiency. At the same time, when Sanjay Dutt is in the film, then some action scenes are also expected, but here there is disappointment. Nargis Fakhri looks like lost in a small role. The director has completely lost Rahul Dev’s talent in the role of terrorist Abdul Qajar. Well, the strongest aspect of the film is the kids.. who are part of the ‘Torbaaz’ team.. especially Eshaan Javed Malik, Rehaan Sheikh and Rudra Soni.

Along with good subjects and some great performances, the cinematography of the film is also good. Torbaaz has been shot in Afghanistan and Bishkek and Hiru Keshwani has captured both the places with his camera. However, the weakest side of the film is the editing done by Dilip Dev. There are many such scenes in the film, which do not have any importance for the story… but only make it cumbersome.

Music composed by Bikram Ghosh seems to be Dhunsaaye. The songs in the background seem inexplicable amidst the scenes of the ongoing bomb blasts and terrorist activities.

The theme of the film and the thinking behind it is good.. positive. It is also interesting to bring terrorism and cricket together. But by the time it reaches the screen, the soul of the film is no more. What makes ‘Torbaaz’ worth watching for two hours are its kids.

Torbaaz is a cumbersome film on a good subject.. So, it would be a waste of time to spend two hours in it. If you are a fan of Sanjay Dutt, then have a look.

Girish Malik’s Torbaaz is all about hope, hope for peace, for sanity, for a better tomorrow in a place like Afghanistan, where terrorists are using children as suicide bombers. Read the review here.