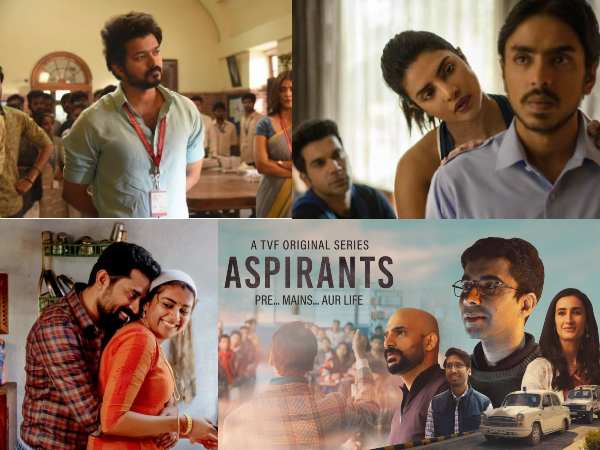 Story- A drunken professor is sent to a juvenile school, where he collides with a gangster who uses school children for criminal activities.

This is the story of the journey, hopes and friendship of three UPSC aspirants.

Starring Priyanka Chopra, Rajkumar and Adarsh ​​Gaurav, the film is the story of a boy who will go to any extent to escape poverty and rise to the top.

Superstar Mohanlal starrer This suspense-filled film is being well-liked. The director of the film is Jeetu Joseph.

A famous crime novelist suffering from Alzheimer’s is found in the course of a murder, who does not remember anything related to the incident.

South’s superstar Dhanush’s film was released in Karnan Theatres. Later it was brought on OTT.

Pawan Kalyan starrer is a remake of Hindi film Pink. This too was first released in theatres, later it became available on OTT.

This story, based on the politics of Bihar, has actors like Huma Qureshi, Soham Shah, Amit Sial.

Telugu action film Krack was released in theaters on 9 January. Ravi Teja and Shruti Haasan starrer this film is now available for streaming.

There is no doubt that this is one of the best films of the year 2021. The theme of the film is very strong.