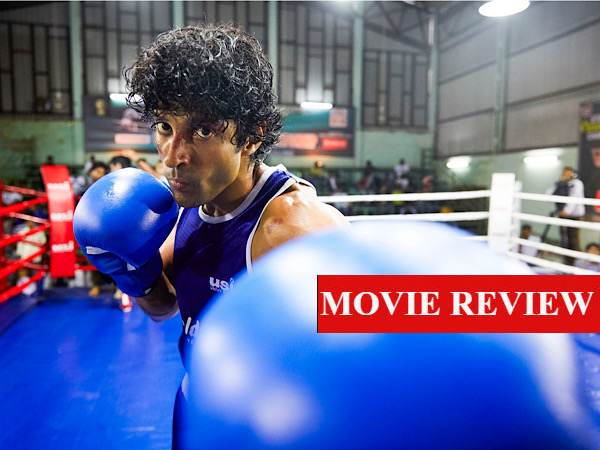 Under forced circumstances, Aziz Ali aka Ajju Bhai (Farhan Akhtar), an orphan boy born from the streets of Dongri, grows up to be a local goon. One day, Ananya (Mrunal Thakur), a doctor in the same local hospital, comes into his life. Ajju’s life starts changing as soon as Ananya arrives, she tells him- ‘Everyone has a choice as to what life he wants..’. Finding the support of Ananya, he searches for a goal in his life when boxing pulls him towards it. With the urge to get respect and love in life, Ajju recognizes his passion for boxing and works hard. With coach Nana Prabhu (Paresh Rawal) he scales one height after another and gets the name ‘Toofan’. He wants to be a world class boxer, but life has something else in mind for him. One wall after another keeps standing in front of him. How the storm will be able to break those walls and keep its dreams alive, the whole story revolves around this.

Even marginalized people forced by the circumstances of life can choose the right path out of their one life and do something big. Director Rakeysh Omprakash Mehra tries to tell a similar story with Toofan. But have they been successful? Maybe not. Many emotional aspects have been added one after the other in the story. Poverty, cosmopolitan social structure, inter-caste marriage, love jihad, religious discrimination.. The director has filled such aspects, on which an entire film can be made separately. However, the biggest mistake of the direction is that the film’s sentiment is zero. Despite having such an emotional angle, the story does not touch the heart.

Another major omission of the film is its neglect of its casting. Apart from Farhan Akhtar, there is not a single character in the film with whom the script has done justice. Despite having a cast of actors like Mrinal Thakur, Paresh Rawal, Supriya Pathak, Vijay Raj, Darshan Kumar, the film is weak in this aspect. These actors have done a great job in their counting scenes.

At the same time, the hard work of Farhan Akhtar also cannot be ignored. Farhan is strong and has done full justice to his character. Be it Dongri’s Ajju Bhai or boxer Aziz Ali, Farhan has settled into this character. Hussain Dalal also wins hearts in the role of Ajju Bhai’s friend.

The film is 2 hours 41 minutes long and this is also the biggest weakness of the film. Editor Meghna Sen could have shortened the film by at least half an hour. Perhaps the script would have been tied to this as well. Anjum Rajabali and Vijay Maurya have written the dialogues of the film, which are average. The dialogues do not contribute in raising the characters in that sense as the heavy issues are raised in the film. Jay Oz has used the city of Mumbai as a character with his camera. The cinematography of the film is good.

Talking about the good side of the film, only Farhan Akhtar’s name comes to mind. The actor has put in a lot of hard work for the film and that is clearly visible on screen. At the same time, the weakest side of the film is its story and screenplay, which has no strength. Sometimes your intention is right to tell a story, but it doesn’t look that strong on screen. Hurricanes are an example of this.

So many sports-based films have come out in India that directors now need to think beyond the old formula. The film is very weak in capturing the emotions. If you have seen Rakeysh Omprakash Mehra’s previous movies, ‘Toofan’ will leave you disappointed. 2 stars for ‘Toofan’ from Filmbeat.