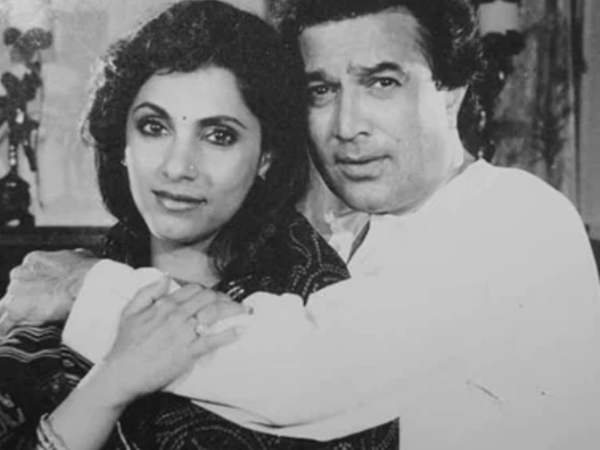 Dimple Kapadia’s first meeting with Rajesh Khanna was at Navrangpura Sports Club in Ahmedabad. Rajesh Khanna had reached there as the chief guest. He fell in love at first sight as soon as he saw Dimple.

The affair between Rajesh Khanna and Dimple Kapadia lasted for three years. After this, both got married in 1973. At that time Dimple was 16 years old.

Dimple and Rajesh were married in Dimple’s ancestral bungalow, but the reception of both took place at the famous Hotel Horizon in Mumbai. Many famous Bollywood celebrities had reached this reception.

Rajesh-Dimple’s married life could not last long. In April 1982, Dimple left Rajesh Khanna and started living at her father’s house with her two daughters.

Rajesh Khanna and Dimple Kapadia had separated… but they never got divorced.

In 1984, Dimple made a comeback in Bollywood with the film ‘Jakhmi Sher’.. But this film was not successful. In 1985, Dimple worked with Rishi Kapoor in the film ‘Sagar’ and once again came into the limelight.

Worked in more than 80 films

In her career spanning more than 5 decades, Dimple Kapadia has acted in more than 80 films and has been appreciated. Recently she was seen in Hollywood film Tenet and web series Tandav.