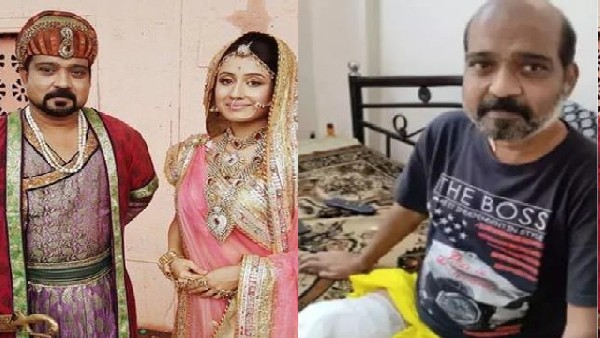 This actor of ‘Jodha Akbar’ did not get work in Corona, had to amputate his leg in critical condition, painful!

After popular actors like Shagufta Ali and Savita Bajaj in TV shows Jodhaa Akbar and Yeh Hai Mohabbatein fame actor Lokendra Singh Rajawat is facing serious illness along with his financial condition. Lokendra Singh Rajawat has lost one of his legs amid the Corona epidemic. His diabetes level increased significantly due to taking more stasis.

After which one of his legs had to be amputated. Lokendra used to be very upset due to lack of work in Corona. He was already a victim of diabetes. In such a situation, his diabetes level increased significantly amid the trouble of not getting work.

Lokendra has removed the curtain from this painful truth of his life in an interview. Lokendra Singh Rajawat has said that I had a corn in my right leg. I didn’t pay attention to it. It got infected and kept on increasing.

Lokendra Singh – Did not get work in corona epidemic

Lokendra Singh said that through the bone marrow, it spread throughout my body. The only way doctors could save me was to amputate my right leg up to the knee. Lokendra said that the work was completely closed due to the epidemic. In such a situation, the economic stress was increasing. Before the corona virus, I had a very good job. All this stopped in the pandemic. Sinta helped me financially. Many actors used to call me to encourage me.

Lokendra Singh told that he had a major surgery of five hours at Bhaktivedanta Hospital in Mumbai. Expressing grief, Lokendra said that 10 years ago when I had diabetes, then it would have been good if I had paid attention to it. We artists have no time for work. Not eating food according to the rules and working for hours has a bad effect on health and also causes stress.

Lokendra Singh part of many TV shows and movies