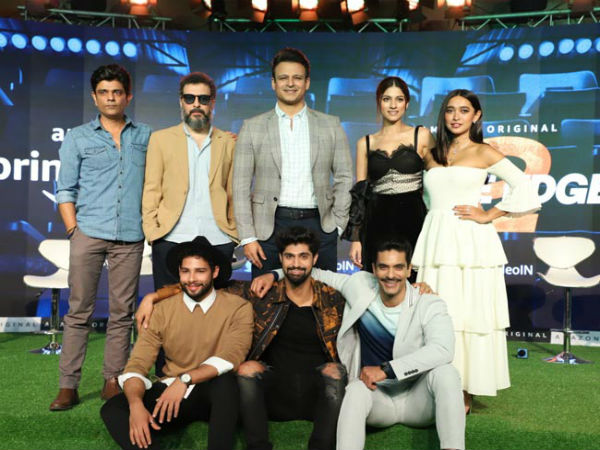 The third season of ‘Inside Edge’ will be a double bang, will premiere soon on Amazon Prime Video!

After the massive success of the last two seasons, Amazon Prime Video India’s first Original Series ‘Inside Edge’ is back with a new season! Putting all the speculations to rest, Amazon Prime Video has officially released the logo of Inside Edge Season 3 today. The last season of the series ended on a thrilling juncture leaving fans eagerly waiting for it and speculations on the next season’s dhamaal!

Also, the dose of entertainment and drama will be double which has added to the anticipation and excitement among the fans. ‘Inside Edge Season 3’ will join thousands of TV shows and movies from Hollywood and Bollywood in the Prime Video catalogue.

Iconic ventures like Inside Edge, India’s first original series on Amazon Prime Video which was nominated for the prestigious International Emmy Awards under the Best Drama category in 2018 have also been launched.

READ ALSO -   We Can Be Heroes: Priyanka Chopra is the supervillain of this superhero film

In addition to commercially successful cinema, Excel has consistently garnered critical acclaim, with Rock On being a feat with which the production house won its second National Award in 2008.

Famous Web Series Inside Edge third season will be awesome, Premier will be very soon! Fans waiting for release.

READ ALSO -   Arshad Warsi will start shooting for Asur 2, the first season did a big bang!