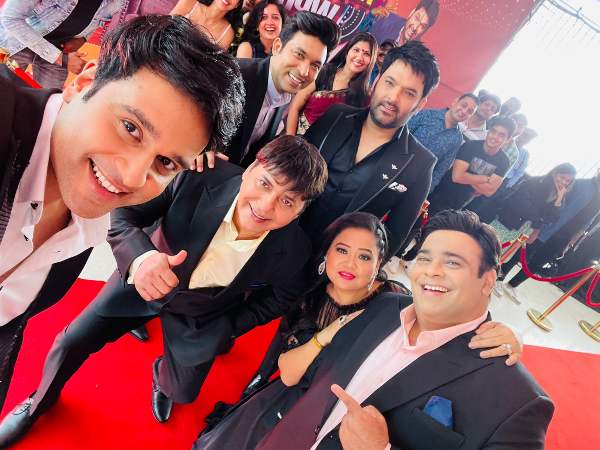 After a short break, Kapil Sharma has started shooting for the new season of his popular comedy show. She has also shared several pictures from the sets of the show, where she can be seen with her fellow cast members. The special thing is that in this season, apart from Bharti Singh, Krishna Abhishek, Kiku Sharda, Chandan Prabhakar, Sudesh Lahiri will also be there. At the same time, Sumona Chakraborty is missing in the picture.

Sharing the photo on social media, Kapil Sharma wrote – “A new beginning is happening, with old faces.. The Kapil Sharma Show is grateful to you”. Due to which the show went off air.

But now Kapil has made a comeback. According to reports, The Kapil Sharma Show is going to return on Sony TV in August. However, from when Kapil’s show will be telecast and what will be its timing, concrete information has not been revealed.

When Kiku Sharda was asked a question about the re-run of the show, he said that it was not decided yet on which day the show would start. He said that the channel itself will officially announce the date of airing of the show.

Archana Puran Singh will be part

Recently, there was a rumor that this time Archana Puran Singh will not be seen in the show. But let me tell you, this is just a rumour. On these reports, Archana Puran Singh said- “I am not aware of the news that is going on in the market. I am a part of this show. Such a rumor had cropped up last year also and during that time I was shooting for a film.”

Took a break in February

Kapil Sharma became the father of a son on 1 February 2021 and took a break from his comedy show to spend time with the family. So, ‘The Kapil Sharma Show’ was closed for a few months. Now it is going to start again in a new way.

Let us inform that in the month of March this year, Kapil Sharma and other contestants of the show auditioned the new members. Kapil Sharma said in a statement that I am very happy and thrilled to have new talent, who welcome new actor, writer, Kapil Sharma to join the show. I am thrilled to meet the same people who have the same passion for entertainment as others.

Kapil Sharma has started shooting for The Kapil Sharma Show. He shared pictures with the cast of the show including Krushna Abhishek and Bharti Singh.

READ ALSO -   There was a stir in 'Khatron Ke Khiladi 11', Contestant Anushka Sen Kovid positive, Corona threat on the set!