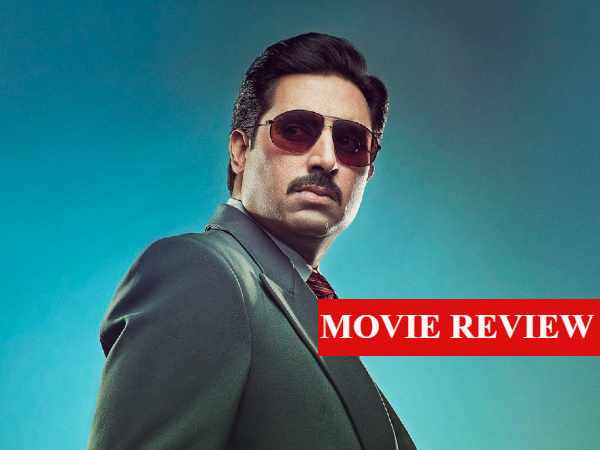 Hemant Shah lives with his brother and mother in a chawl in Mumbai, but his dreams are sky-high. The condition of the father of the girl he loves is that the boy should have a house, a car and a substantial amount of property. His desire to find dreams and love gets fueled when one day suddenly he gets a big tip from the stock market. With the help of that tip, he makes a big profit. This incident also increases Hemant’s courage and intention and he goes straight to the stock market and moves ahead with long and long quibbles.

Together with his brother Viren Shah (Soham Shah), he in a way takes the door of the stock market in his hands. There comes a time when he starts being called ‘Amitabh Bachchan’ and ‘Big Bull’ of the stock market. Then he moves beyond the stock market and gets involved in the game of dealing with the money market i.e. private-government banks, on the other hand his political reach also gets firmed up. He says- ‘If you want to take risk then take big..’. Soon he starts earning profits in lakhs to crores. Now questions arise about the brightness of his money. Financial journalist Meera Dev (Ileana D’Cruz) makes a sensational revelation of Hemant Shah’s manipulation of banks. This scam is up to 5 thousand crores. But Hemant Shah says – “80 percent of the banking system in the country is illegal, these people are making me a scapegoat”. The film revolves.

The story of Hemant Shah is such that even if you don’t understand Dalal Street, it will keep you interested. This is the story of a middle-class man’s high dreams, his insistence on fulfilling those dreams in any case. Director Kookie Gulati has tried to wrap a long story in two and a half hours. But alas, this effort is visible. As long as we are connecting with Hemant’s early life, he starts playing in lakhs of crores with a pinch. When many characters played by strong actors come and go in the film, it is not even known. No character has been able to leave a mark on the mind. Many important scenes are passed lightly, while a romantic song in the midst of economic-political scandal sounds absolutely tasteless. Even if its comparison with Hansal Mehta’s ‘Scam 1992’ is ignored, the film still looks raw in many aspects. Be it screenplay or acting.

More than one cast is involved in the film, but the director has not been able to do justice to all the characters. Abhishek Bachchan as Hemant Shah fits well in some scenes, especially in the second half, but disappoints in some. The story moves so fast and brings so many twists, but Abhishek’s expressions don’t seem to change that fast. Sohum Shah in the character of Viren Shah, Supriya Pathak as Hemant Shah’s mother, but there is no scope in their characters. Nikita Dutta, who became Hemant Shah’s girlfriend / wife, is good. Ileana D’Cruz has done justice to her character in the role of a journalist. At the same time, actors like Ram Kapoor, Saurabh Shukla, Sameer Soni appear in a few scenes.

The dialogues of the film are written by Ritesh Shah, which are effective. In one scene Hemant Shah says- “The British have robbed us of our thinking, self-confidence, not only Kohinoor from us…”. There have been many strong dialogues on the part of Abhishek and Ileana. It is interesting to watch the dialogue game between the two. At the same time, Dharmendra Sharma’s editing could have tied the film a little more. Vishnu Rao’s cinematography is effective. From the chawl of Mumbai to Dalal Street and the streets of Mumbai, he has well threaded the story.

The background score of the film is an important aspect which also gives strength to the story. The score in The Big Bull is given by Sandeep Shirodkar, which is average. To be seen in the true sense, the few songs in the film, they only distract you from the story.

The film is not a biopic, but is inspired by the story of Harshad Mehta. So, there’s a lot of creative leeway here – there’s raps, there’s romance, there’s over drama. The most important thing is that while Harshad Mehta is shown neither wrong nor right in Hansal Mehta’s series, Hemant Shah is definitely a hero in ‘The Big Bull’.

Abhishek Bachchan has tried his best to hold on to his character in the film, but in many scenes, he reminds of ‘Guru’, which you cannot ignore even if you want to.

If you want to understand Harshad Mehta’s story in a straightforward way, or if you are a fan of Abhishek Bachchan, then ‘The Big Bull’ is a must-watch. The film stirs interest in parts, bores in parts. 2.5 stars to ‘The Big Bull’ from Filmybeat.