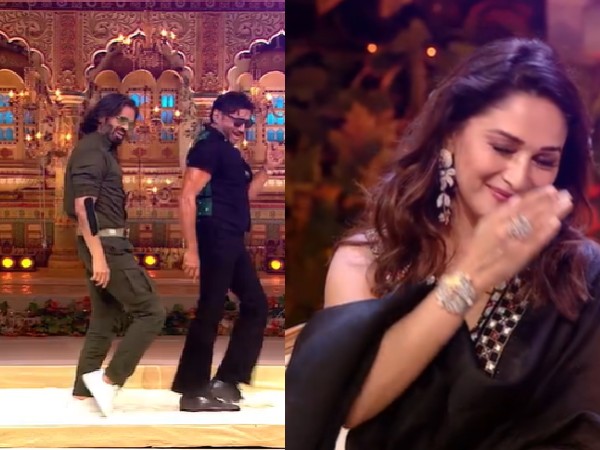 Suniel Shetty and Jackie Shroff dance on the song ‘Jhanjharia’, the video is going viral!

Colors’ famous dance reality show ‘Dance Deewane 3’ has started in a new way. From the very beginning, people are very crazy about it and there is an atmosphere of fun and fun. It is being said that this weekend is going to be a big hit. The reason behind this is superstar Suniel Shetty and Bindass Jackie Shroff. Both these stars are going to appear in this show this weekend. Although Colors has posted some promos which are becoming increasingly viral.

Vidya Balan said something like this about not being a part of Bhool Bhulaiyaa 2, the statement came in the discussion!

It is reported that Jackie Shroff, Suniel Shetty and show’s judge Madhuri Dixit will be seen having a lot of fun on the stage of ‘Dance Deewane 3’. During this, Jackie and Madhuri will also be seen recreating a romantic scene from a film.

Apart from this, Sunil Shetty and Jackie Shroff have also danced together and this video is being liked a lot. Both these stars are seen dancing on the song Jhanjharia.

Jhanjharia is a song by Suniel Shetty and you are going to be very happy to see Jackie Shroff dance on it. Let us tell you that Madhuri Dixit is a judge of this show and her romantic dance with Suniel Shetty is also going to be seen in it.

Talking about the workfront, some time back Jackie Shroff became a part of Radhe and had a blast with Salman Khan. Although Suniel Shetty has not been seen on the big screen for a long time.