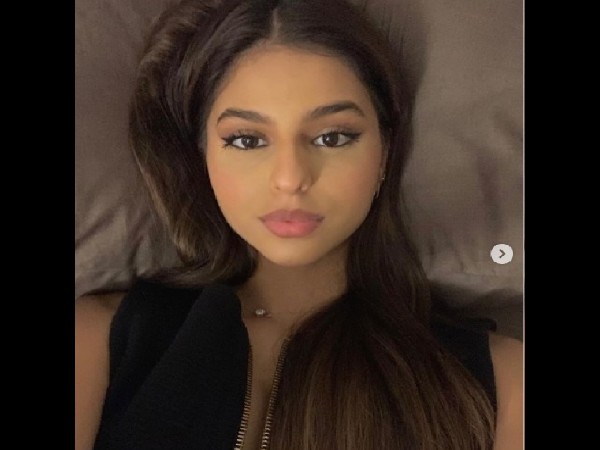 Suhana Khan hasn’t entered Bollywood yet. But they are being discussed on social media. She uploaded this picture in her blue dress on Insta Story. She went to a party with her friends, this is the picture during that time. Where she is looking very glamorous and stylish. Suhana Khan has also taken a handbag with it. Suhana is wearing a thin chain around her neck. This look of her is being liked a lot.

Millions of likes on this picture of Suhana Khan

Today we also take a look at those pictures of Suhana Khan’s Instagram, with which Suhana is being counted as stylish. Suhana’s look and her hair style have been well-liked in this dress. Suhana Khan posted this picture of herself on Instagram a few days ago. Which has been liked by more than 4 lakh people so far.

Suhana Khan’s glamor pose is liked the most

A few weeks ago, Suhana Khan posted this photo of herself working in the kitchen. Along with this there is also a video of him. Suhana Khan is also wearing a pearl necklace with this simple dress. Suhana Khan’s makeup is the highlight of this entire picture. On this photo of Suhana Khan, she has got more than 5 lakh likes. Some of his fans have also commented on him by writing wifey.

Fans commented on this picture of Suhana Khan

During an event, Suhana Khan has got this picture captured in the camera. If you look at Suhana’s Instagram, she prefers to write very few captions with her picture. With this picture he has written that while going to the bathroom. On this picture of Suhana, where the fans have created a red emoji to set fire, it has also got close to 5 lakh likes.

Creating a new identity for fitness, this balcony photo of Suhana Khan has also got millions of likes. There are more than one glamorous photos of Suhana on Instagram which are in discussion these days. On Suhana Khan’s dream of becoming an actress, her glamor style can take her further. However, fans will have to wait a bit for this. Suhana Khan’s style remains the most popular among star kids.

READ ALSO -   When Shilpa Shetty used to tease her own sister Shamita Shetty, "She was fair and I am black"