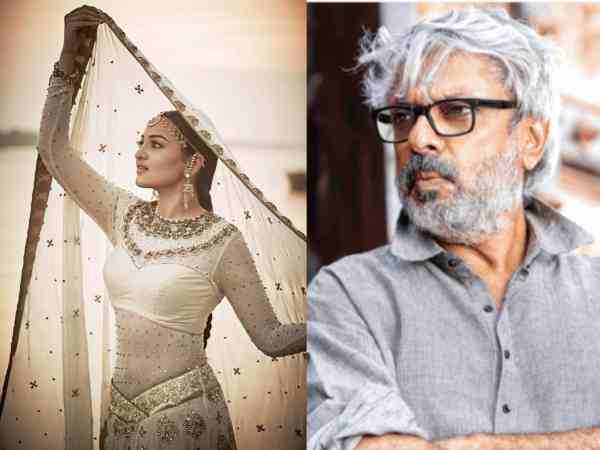 have chosen the digital path

Sonakshi Sinha has also started preparing for her digital debut. His romantic comedy Bulbul Tarang will release on Netflix this year. Apart from this, she will also be seen in a film by Reema Kagti. Both these projects are for digital release.

Sonakshi Sinha is doing a web series with Amazon Prime whose first look has been released. Sonakshi is going to be seen in the role of a tough police officer in this untitled series. Producing this series is Farhan Akhtar – Ritesh Sidhwani’s Excel Entertainment and Reema Kagti – Zoya Akhtar’s Tiger Baby Entertainment.

Sonakshi Sinha has achieved her different position in Bollywood in 10 years. While on one hand he was under pressure to be a star kid, on the other hand, due to his debut with Salman Khan, all eyes were on him. After this, the ups and downs of his career were always talked about.

Sonakshi Sinha’s ups and downs in weight along with career were also discussed but Sonakshi Sinha never kept herself away from cameras and critics. She went on working on herself. Meanwhile, Sonakshi Sinha also did her makeover and by reducing her weight, she came in front of the fans in a new avatar. His new avatar got mixed response from the fans.

Don’t be afraid of slap sir, it feels like love. Along with this dialogue of Dabangg, Sonakshi Sinha also got typecast for masala films. She became a favorite of Prabhudheva. Sonakshi Sinha did several consecutive masala films in which Rowdy Rathore and R Rajkumar were prominent. However, Sonakshi’s work was noticed in these films as well.

won the hearts of the audience and critics

Sonakshi Sinha wins hearts with Vikramaditya Motwane Ki Lootera. Sonakshi Sinha appeared opposite Ranveer Singh in this film and Sonakshi also won the hearts of the people from the film. However, Sonakshi did not get any award or nomination for this film, about which she expressed her disappointment.

stood on her feet

The problem was that Sonakshi Sinha did not fit the mold of typical Bollywood heroine. Her personality comes out very strongly on screen and hence Sonakshi Sinha slowly started on her feet with Akira.

Also left a mark in multistarrer

Sonakshi Sinha also made her strong presence in Jagan Shakti’s multistarrer film Mission Mangal. Sonakshi’s character in the film was appreciated and her work was also praised.

At the same time, Sonakshi Sinha’s work in the famous film Ittefaq remake with Sidharth Malhotra also received praise from the fans. Despite the film being a remake, people liked it.

The flop film also got strength

In 2019, Sonakshi Sinha gave four films on screen. This year Sonakshi Sinha worked in Khandaani Shifakhana, Kalank and Mission Mangal. Dabangg 3 was his fourth film of the year. Kalank may have been a flop but in this film too, the stories of Sonakshi Sinha’s beautiful appearance remained in the discussion. Sonakshi has completed 10 years in Bollywood. Now it remains to be seen whether Sonakshi is able to win the hearts of the audience with her upcoming projects.