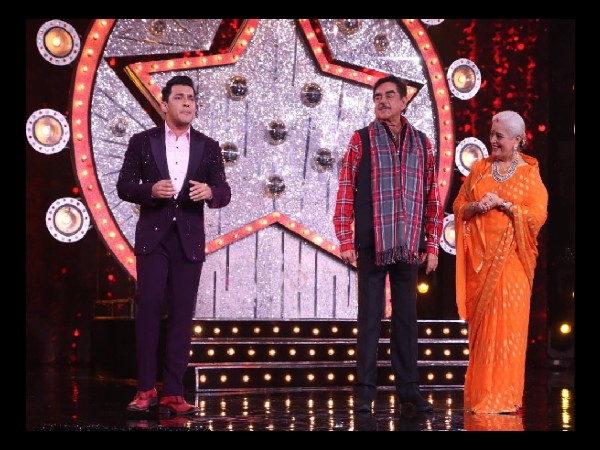 Sony Entertainment Television’s music reality show Indian Idol Season 12 has opened new avenues for amazingly talented singers. While well-known names are associated with the show, the upcoming weekend episode of the show will see Bollywood’s Shotgun i.e. Shatrughan Sinha as a guest along with his wife Poonam Sinha.

Creating an atmosphere of entertainment, Shatrughan ji will have some interesting discussions with the judges and will also narrate some special tales from his bygone years. Sonu Kakkar and Himesh Reshammiya will be seen enjoying the company of Shatrughan Sinha and Poonam Sinha along with the contestants of the show.

The preparations for this weekend’s special episode have been done. Some photos of which have also surfaced. Let us tell you that the series of guest arrivals on the back to back show is going on. Sometime back lyricist Javed Akhtar became a part of the show. He also praised Shanmukhpriya’s song.