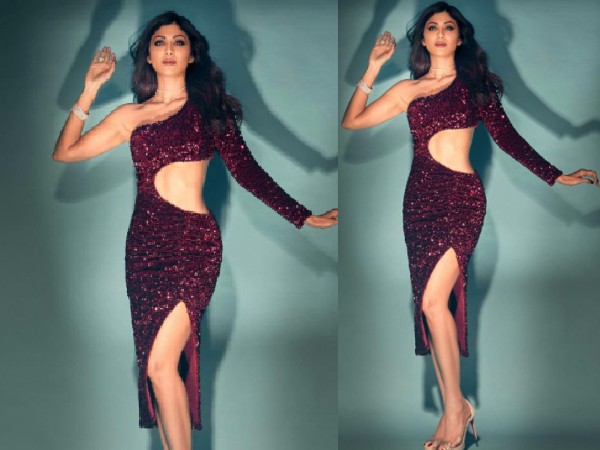 Actually Shilpa Shetty is busy these days in the promotion of Hungama 2. She is going to make a comeback in Bollywood with Hungama 2. After a long gap of 18 years, once again the glamorous and fit avatar of Shilpa Shetty will be seen on screen. Priyadarshan’s film Hungama 2 is releasing on OTT on 23rd July.

Hungama 2 also stars Paresh Rawal, Shilpa Shetty, Meezaan, Johnny Lever along with Rajpal Yadav and Ashutosh Rana. Fans will also get to see the trio of these comedians for the first time. Let us tell you that the trailer and songs of Hungama 2 have been released which have got a very good response.

Hungama 2 movie is written by Anukalpa Goswami, Manisha Korde, Yunus Sajwal. This is the story of two families. The comedy film Hungama which was released in 2003 was loved by the audience once again, Hungama 2 directed by filmmaker Priyadarshan is coming to entertain the fans.

Looking at 46-year-old Shilpa Shetty, her age cannot be guessed at all. Shilpa Shetty has kept herself quite fit even by staying away from films. She has become a fitness queen.

Shilpa Shetty takes great care of her family in her personal life. In February this year, she became a mother for the second time through surrogacy. She also takes full care of her younger daughter to Viaan and husband Raj Kundra.

Be it personal or professional, Shilpa Shetty is fit in every style. No one knows better than Shilpa Shetty how to handle everyone, be it her own fitness or home or movies.