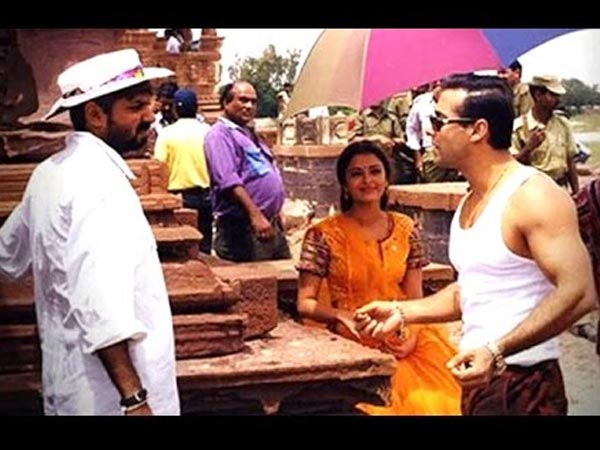 last scene of the movie

You all must know the last scene of Ma Dil De Chuke Sanam where Aishwarya, who is madly in love with Salman, leaves her on time and reaches husband Ajay Devgan. At the same time, Salman had a problem with this scene.

Just before the last scene, Aishwarya Rai’s character Nandini meets Salman Khan’s character Sameer. And then a broken Vanraj appears to the audience. Salman Khan wanted the film to end here as the audience would like to see Sameer and Nandini together in the end as it was their love story.

Bhansali did not agree with this idea of ​​Salman Khan. He believed that Nandini should be found only by Vanraj. This is true and the audience will also be waiting for the same. But Salman was also adamant on his insistence, after which Bhansali became very angry with him.

Later Sanjay Leela Bhansali told in an interview that the distance between him and Salman never faded and he thought it better to leave the relationship. Although he did try.

Salman is a superstar – Bhansali

According to Bhansali, it doesn’t matter whether Salman should work in his film or not because he earns 400 crores from his films anyway, whereas Bhansali’s films are not commercial.

Just didn’t get along again because of this

Bhansali also said that Salman was not right for the role of his films, so he did not take Salman. This does not mean that he has doubts about Salman’s acting, but this role was not his.

Salman did not even raise his hand

However, it has always been felt by Salman’s words that he has not forgiven Bhansali. In a show, he told Ranveer Singh that till date he is Sanjay Leela Bhansali only because of Hum Dil De Chuke Sanam and Khamoshi.

On the other hand, Bhansali made it clear in an interview that he has never done anything wrong about Salman till date. He doesn’t know why Salman is so upset with him.

After 21 years, Sanjay Leela Bhansali and Salman Khan were to come back with Inshallah. But in this film too there were a lot of differences between the two and Salman Khan left the film after announcing.