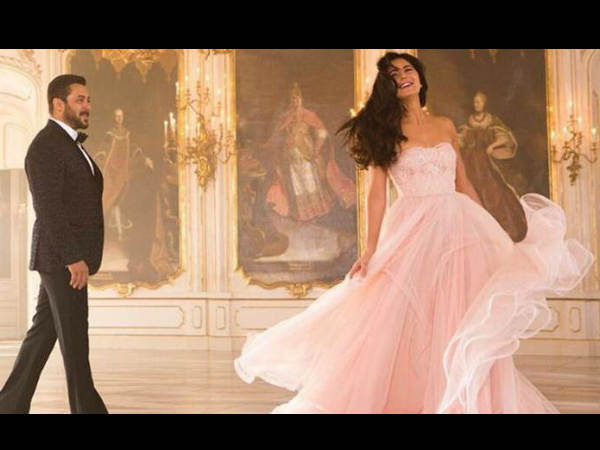 Salman Khan did the biggest DHAMAKA of 2017…the first and last!

This song of old liquor and Hum Aapke Hain Koun…..the intoxication of both, will only increase every day

Everyone will remember this first kiss of Salman Khan’s first film. First as well as last.

Friend what have you done

This song from the movie Love and the innocent chemistry of Salman – Revathi keeps the song fresh even today.

Salman Khan’s flirtation and Aishwarya Rai’s sharp attitude add to the beauty of this song.

moon hidden in the cloud

Uff, you can hardly find such great chemistry in any other Salman Khan song.

This song of Salman Khan and Manisha Koirala still remains at the top of the list of romantic songs.

You stole my heart

The voices of Sonu Nigam and Shreya Ghoshal make this song from Dabangg in Salman’s top 10 list.

This song of Salman Khan’s Bodyguard became so viral that people used to listen to it 50 times in 24 hours.

Kajol and Salman’s scintillating chemistry may have gone unnoticed but this song fits well in this list.

In Hum Saath Saath Hain, Salman and Sonali may not have got a single song together, but every part of every song became romantic as soon as they came together.