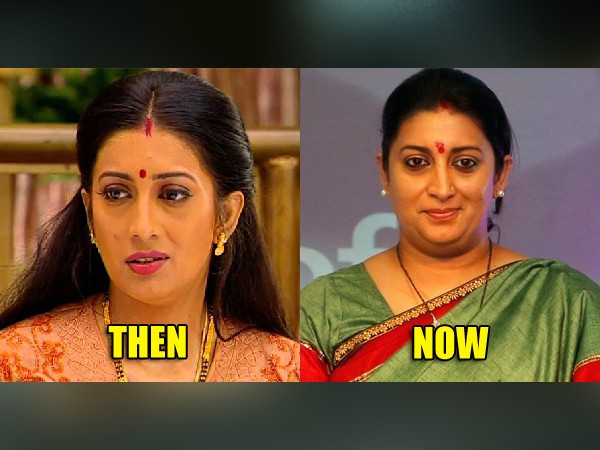 When it comes to Ekta Kapoor’s most hit serial, Kyunki Saas Bhi Kabhi Bahu Thi comes on top. Which ruled the TV world for many years and became the favorite serial of the audience. Who does not know Smriti Irani, who plays the lead role of this serial. Smriti Irani, who is recognized by this serial, is a part of the cabinet today, is one of the big politicians of the country.

Because on the occasion of completion of 21 years of Saas Bhi Kabhi Bahu Thi serial, Ekta Kapoor and Smriti Irani made a special post. Smriti Irani shared the video which is related to the show. Smriti Irani said that this serial had changed many lives. Enjoyed a lot and learned a lot too. Thank you for these wonderful memories. He tagged the entire team of the show.

At the same time, Ekta Kapoor also shared the video of the party held after the show was successful. Everyone’s old style was seen in this video. Everyone is seen dancing and singing. Ekta Kapoor herself wrote that, changed my life on this day. Ekta said that this is not a show but history which no one can break.

Let us tell you that because Saas Bhi Kabhi Bahu Thi serial was produced by Ekta Kapoor and Shobha Kapoor, which aired 1833 episodes. Which is one of the longest running serials in Indian show.

Every character of this serial became popular. Apart from Smriti Irani, many stars including Mandira Bedi, Anita Hansandani, Ronit Roy were seen. Watch the special video shared by Ekta Kapoor and Smriti Irani.