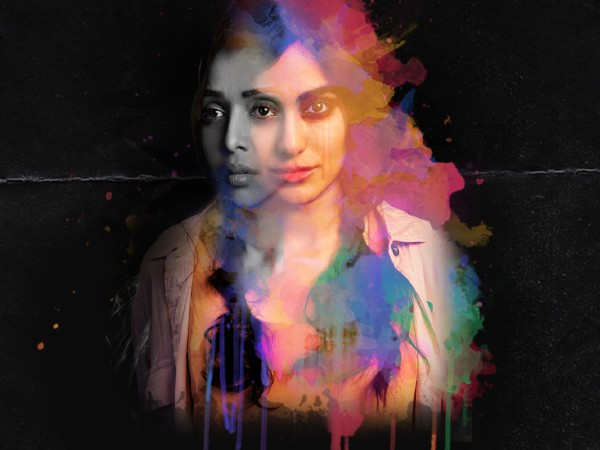 The movie ‘Rat Cat’ begins with Rat (Anupriya Goenka) joining the room. Cat (Ada Sharma) putting her nailpants on her hands on the sofa inside the room will make you feel a bit awkward. Whose expressions are amazing. He has scattered hair and a little madness is riding on his head. Which presents everything like a story instead of speaking it directly.

The dialogue between the two begins with the suicide of a 19-year-old girl named Khushboo in the building. In the first few minutes, it seems as if Kat is doing fine, but after a while it becomes clear that she is suffering from panic attacks, stress and mental illness, which is being treated by her friend.

When Kat tells about the suicide incident in the society, she weaves three or four stories in such a way that Rat cannot understand. During this, Rat also asks friend Kat about taking medicines.

Then it is learned that Kat used to work in the field related to acting but due to ill health, she is taking rest these days. After this, there is also mention of Rat and his boyfriend. Then the ending of the story is terrible, which the audience might not have imagined.

In between, the dialogues between Ada Sharma and Anupriya become cumbersome. Due to the loose script, the story gets a bit boring in the middle, but by the end, the acting of both Ada and Anupriya saves this 15 minutes from being wasted.

Hearing the title of the film ‘Rat Cat’, it appears as if this story will be related to some kind of fight or the story of a confrontation between two people, but it is quite the opposite. This story has been threaded covering thick themes like suicide and mental illness. Whose thought is definitely liked by the audience. In the end, Ada’s madness also takes the audience by surprise.

As everyone knows, reaching the entire story with the right message in a short span of time is a very difficult task. In such a situation, Prasad Kadam completed this story in a short time and finally gave a great message. If just the dialogues were written more strongly, then this short film would have got full numbers out of the total.