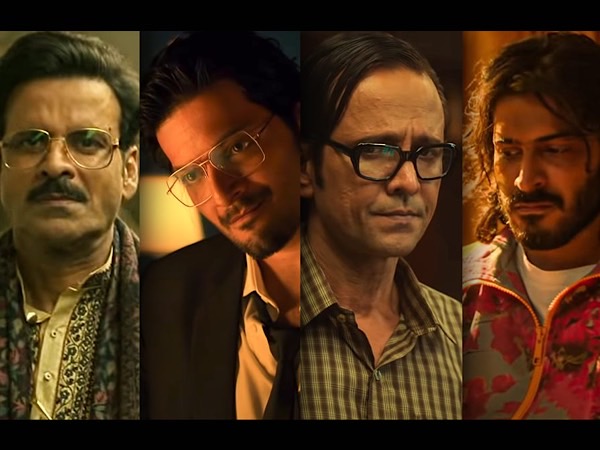 Forget Me Not – Sreejit Mukherjee

The story begins with businessman Ipsit Nair (Ali Fazal). Whose memory is as fast as a computer and he never forgets anything. From every single business figure to the smallest thing printed in his mind. In such a situation, one day he meets Riya Saran (Anindita Bose). Riya reminds him that they had met in Aurangabad in 2017 and they had a relationship for a few days. Riya tells him every little detail related to the trip, but Ipsit does not remember anything related to Riya. At that time he ignores those things, but slowly Riya’s words start dominating his mind. His confusion intensifies when he sees that everyone except him remembers his trip to Aurangabad. Is he losing his strong point, his mind?

Director Srijit Mukherjee has maintained a suspense in the story from beginning to end. Swapnil Sonawane’s cinematography and Nitin Bed’s editing add to the story. The characters, however, lack a depth in the script written by Shiraz Ahmed. On the acting front, Ali Fazal has done well in the character of Ipsit Rama Nair. Ali Fazal has shown the journey from being a flamboyant and arrogant businessman to a restless and anxious person.

“You are not the first person and will not be the last person who thinks of you as God, God and then falls on his face”, says Peer Baba, looking into the eyes of Indrashish Saha (KK Menon). The main character of this story is Indrashish Saha, a make-up artist, whose life is going on in a clumsy way. No money, no respect. In such a situation, after the death of her grandmother, she gets a lot of property and a book related to prosthetics make-up. Using prosthetics make-up, he sets out to take revenge on those who have allegedly wronged him. But one day he gets entangled badly in his own game.

Directed by Srijit Mukherji, this almost an hour long story seems a bit slow. It is quite dark and can make you uncomfortable. Kay Kay Menon seems to be in a rhythm in his character from beginning to end. Sagar Kapoor’s background score and Pranay Dasgupta’s editing are excellent.

Why is there a ruckus – Abhishek Chaubey

The train journey in the film sometimes gives a very interesting twist to the stories. Here the story begins with Ghazal singer Musafir Ali (Manoj Bajpayee), who is traveling from Bhopal to New Delhi. His co-traveller is Aslam Baig (Gajraj Rao), a former wrestler. Musafir and Aslam have met each other somewhere before, but both do not remember at all. During the journey, the traveler suddenly remembers that both of them had met 10 years ago in a similar train journey. But this was no ordinary journey. Frame by frame the story gets interesting. Directed by Abhishek Chaubey, this film keeps you hooked till the end.

Manoj Bajpayee and Gajraj Rao have been seen strong

At the same time, Manoj Bajpayee and Gajraj Rao have looked very impressive in their characters. The expressions of both win hearts. If you like dark comedies, then Hungama Kyun Hai Barpa is a must-have for you. Most of the story passes in the train itself, so Anuj Rakesh Dhawan’s camera work is quite spectacular. Manas Mittal’s editing gives a strength to the story.

‘Cinema has been around for a hundred years in India, religion is thousands of years old’, says film star Vikram Malhotra (Harshvardhan Kapoor) as his manager. This story starts around a popular film star and a religious guru ‘Didi’. Vikram aka Vik has stayed in a hotel for the shooting of his film. Everything is going well, when suddenly the situation changes when ‘Didi’ comes and stays in the same hotel. Vic sees that everyone is mesmerized by Didi, from the director-producer of his film to his girlfriend (Akansha Ranjan Kapoor), the hotel’s marriage. Slowly all this becomes unbearable for him and he decides to meet ‘Didi’. The story further shows who and how steals the ‘spotlight’ between a star and a dharma guru?

weak in some parts

Directed by Vasan Bala, the film looks weak in some parts. There is a repetition in the story, while in terms of acting, Harshvardhan Kapoor has grabbed attention in some scenes, but at many places he fails to show the gesture. Chandan Roy Sanyal looks good in the character of Vikram’s manager/friend.

Overall, there are characters in every story of ‘Ray’, with whom a film can also be made, which will give an opportunity to know and understand the character more deeply. However, there is a ruckus among these four, why Burpa and Forget Me Not emerge more prominently. His tightly woven screenplay and powerful characters give you a sneak peek into the influential thinking of Satyajit Ray. 3 stars to the series from Filmibeat.