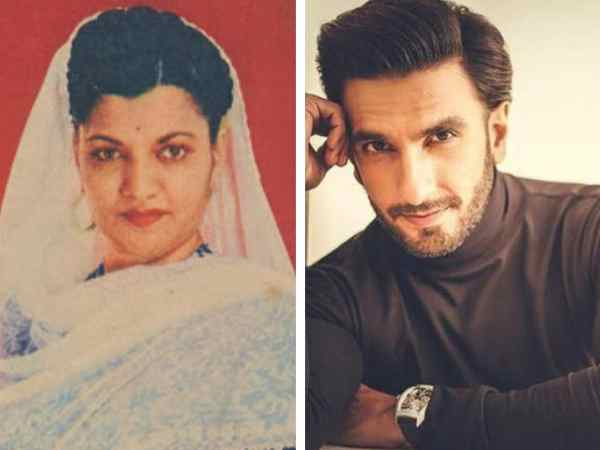 Ranveer Singh’s grandmother was the superstar of Pakistan, Raj Kapoor gave a break, became a villain

Ranveer Singh’s grandmother Chand Burke was the superstar of the Punjabi film industry. He had ventured into films even before India’s independence. His first film Kahan Gaye was released in 1946. After that he worked in many films. The 1953 Punjabi film Kaude Shah brought him success.

In the 1954 film Boot Polish, Raj Kapoor gave a big break to Chand Burke and she became quite famous with this film. After this he acted in several Punjabi and Hindi films including Shahi Chor, Basant Bahar, Adalat, Lajwanti, Sohni Mahiwal and Apne Hue Paraye.

Was fond of acting since childhood

Ranveer Singh was very fond of acting since childhood. He often used to participate in programs related to acting and dancing in his school.

On the set of Mohra

Karan Johar said who will see this boy

The same Karan Johar has announced his film with Ranveer on 6th July on his birthday today. The name of the film is Rocky and Rani’s love story and Alia Bhatt will be seen opposite Ranveer Singh in the film.

Ranveer Singh has very successfully come a long way of 10 years in Bollywood. After making his debut with Yash Raj Films, there was no looking back for Ranveer Singh. In these 10 years, Ranveer Singh has played different roles in his characters. And hopefully his upcoming movies will make him even more successful.