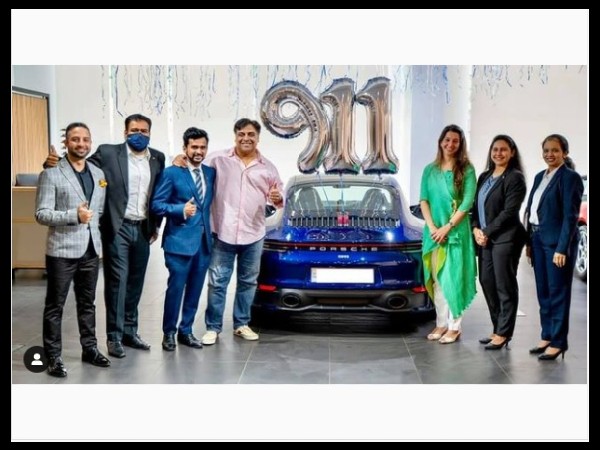 There are many stars who are fond of expensive cars. From Ajay Devgan, Amitabh Bachchan to Hrithik Roshan and Shah Rukh Khan and Shilpa Shetty in the film industry. All of them have cars worth more than one crore. Now one name is going to be included in this that of Ram Kapoor of Bade Achhe Lagte Hain. Yes, Ram Kapoor has bought himself a sports car worth crores Porsche 911 Carrera for himself amid the Corona lockdown.

You will not be able to take your eyes off Ram Kapoor’s new vehicle Porsche 911 Carrera. Car lovers must be well aware of what kind of features this car brings with it. That’s why its value is in crores. The price of Porsche 911 Carrera S that has been revealed is 1.84 crores. The spectator of this four-seater family car is left watching. This blue colored car has reached Ram Kapoor’s house.

Porsche has given information about Ram Kapoor’s purchase of this car on his Instagram. Please note that this car is no ordinary car. This is a kind of sports car. Including automatic gearbox. This car can take you on a great journey at full speed up to 100 in just 4 seconds.

Ram Kapoor already has many expensive bikes and cars. Reportedly, the actor owns a Mercedes-AMG, BMW along with a valuable bike. Now this car worth crores has also been included in this. Talking about Ram Kapoor, he is very active on Instagram.

READ ALSO -   Salman Khan gave a gift to the fans on Eid, released the promo video of Bigg Boss 15

But till now he has not shared any update about this car on his Instagram. Away from TV, Ram Kapoor is seen in films and web series these days. Ram Kapoor was recently seen in Big Bull with the new season of Abhay.