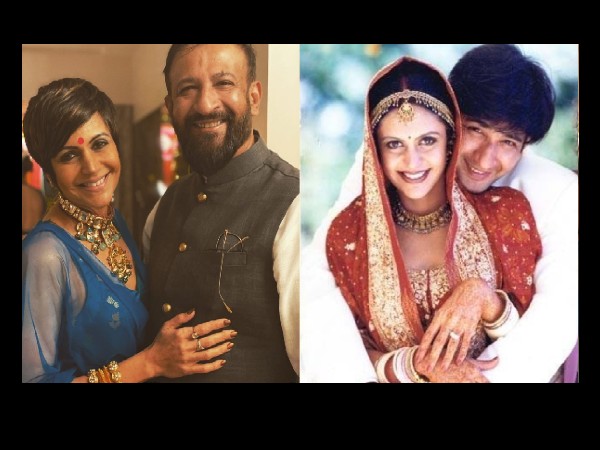 The two met during an audition

Mandira Bedi and Raj Kaushal met in 1996 during an audition for Philips-10. Raj Kaushal used to be Mukul Anand’s chief assistant during that time.

It is said that this first meeting turned into friendship and then love. By the end of the year 1996, both got into a serious relationship. Raj had said in an interview that it was only after three meetings with Mandira that I felt that true love had been found.

Mandira and Raj got married on 14 February 1999

According to media reports, Mandira’s parents were not ready for the daughter’s marriage to a director. But then the family agreed and on 14 February 1999, both of them got married.

Decided to become a mother after 12 years of marriage

After 12 years of marriage, Mandira Bedi decided to become a mother keeping her career in the side. In which her husband Raj supported her. During this time the age of Mandira was 39 years.

Raj said I have full faith in Mandira Bedi

There were also reports about the third entry in Mandira and Raj’s wedding. During that time Raj Kaushal had said that he has full faith in his marriage and Mandira.

Raj Kaushal and Mandira Bedi have a lovely daughter Tara

After the birth of the son Mandira Bedi and Raj Kaushal adopted the daughter on 28 July 2020. Both have named their daughter Tara.

Many photos of Raj Kaushal and Mandira Bedi are currently on social media.

Mandira Bedi’s Instagram is full of family photos with Raj and his kids.

READ ALSO -   This popular South actress looks like Deepika Padukone, you will be surprised to see the pictures