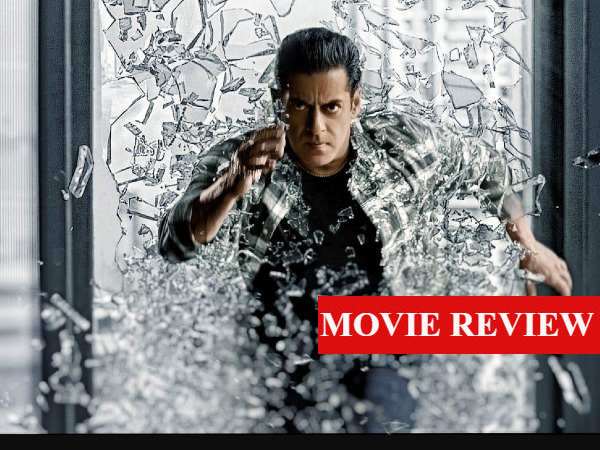 ‘Radhe: Your Most Wanted Bhai’ review: The entire film went out in Salman Khan’s swag

Dangerous drug mafia Rana and his two men, who came from Delhi to Mumbai, want to destroy the entire city in a drunken rage. He is eccentric and extremely violent. Which has no rules. He targets every club, bar, hotel, college in Mumbai. In such a situation, encounter specialist Radhe comes to deal with them. Who has done 97 encounters in the last 10 years and who has been transferred 23 times. In the midst of dealing with the mafia, one day Radhe meets Diya (Disha Patani), the sister of his senior officer (Jackie Shroff). On one hand Diya and Radhe’s romance goes on, on the other side Radhe clashes with dangerous mafia one by one.

Directed by Prabhudheva, the film no doubt rests entirely on the shoulders of Salman Khan and Randeep Hooda. Salman’s star power, style, swag have been poured in here. Maybe even in scenes that weren’t needed. Some action sequences win hearts, but forced comedy sequences give a headache. The film is full of action, drama, dialogues, but what makes it weak is the script and the acting.

Truth be told, the villain characters of the film have won in terms of acting. Randeep Hooda and Gautam Gulati have shown great eccentricity in their gestures. The first meeting of Radhe and Rana is quite interesting in terms of action. Behind Salman Khan’s swag and power, his acting flaws hide. But his pairing with Disha has looked quite awkward on screen. Disha Patani was not given much in the film apart from adding some songs and glamor. At the same time, Jackie Shroff was also seen being supported only by comedy dialogues. If seen, due to the character of Disha and Jackie Shroff, the theme of the film also got weak. Drugs are a serious problem, which probably needed a good script and direction to show it.

The background score by Sanchit and Ankit Balhara is a bit loud but makes an impact where needed. The action sequences of the film are choreographed by South Korean stunt director Myeong-haeng Heo, which is good. But the commendable job has been done by editor Ritesh Soni, who has wrapped up the film in about two and a half hours. Ayananka Bose’s cinematography does not leave much impression. At the same time, the weakest side of the film is the screenplay, written by Vijay Maurya and AC Mughal. Despite having a strong theme, the film goes off track at times. The dialogues penned by Vijay Maurya are written keeping Salman’s swag in mind, but still do not leave an impact. Overall, the film is very average at the technical level.

The music of the film is given by Sajid-Wajid, Himesh Reshammiya and Devi Sri Prasad, which is average. The title track penned by Sajid Khan creates a good atmosphere, but the rest of the songs have been added just to increase the length of the story and showcase the Salman- Disha chemistry.

It was nice to see actors like Salman Khan, Jackie Shroff, Randeep Hooda on screen shifting the focus amid the gravity of the Corona pandemic. All these actors have their own style and swag, which was seen in the film. But the plot of the film is so weak that no artist can lift it. The film is ineffective in every aspect.

If you are a fan of Salman Khan and have also liked his films like Race 3, Dabangg 3, then Radhe is a must watch. The swag and action of Salman Khan in the film is worth watching. 2 stars for ‘Radhe’ from Filmbeat.