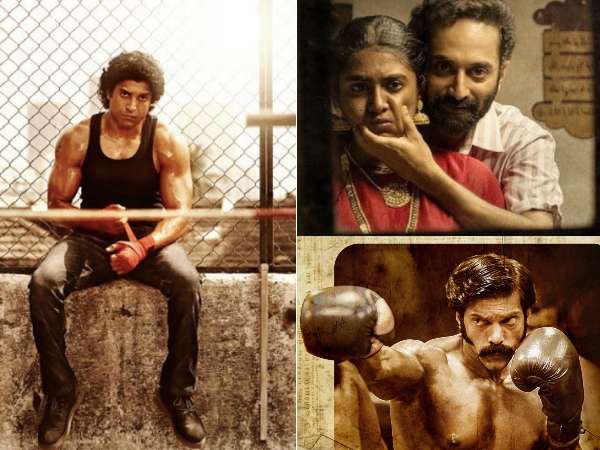 Farhan Akhtar starrer sports-drama, Toofan, tells the story of a boxer and his struggle to reach the national level. After Bhaag Milkha Bhaag, Excel Entertainment and Rakeysh Omprakash Mehra, who directed the film, have collaborated for the second time.

Malik, a political thriller, follows the story of Suleiman Malid (Fahad Faasil), a charismatic leader who finds selfless love and loyalty from the people of his community, who leads a revolution against authoritarian forces to save his people. This film Malik tells the story of different times. It is a story of a past filled with crime, death and pain. Inspired by true events, the film is directed by Mahesh Narayanan.

Presented by Pawan Kumar, this laugh-inducing Kannada comedy drama traces the life of a married couple during the COVID 19 pandemic. Starring comedian Nagabhushan, who has entertained people in several films and famous actress Bhumi Shetty from Bigg Boss Kannada fame, this film is guaranteed to take the audience on a journey of fun and laughter.

Sarpatta is a Tamil sports drama that traces the boxing era of 1970s Madras. Directed by Pa Ranjith, the film stars Arya in the lead role who plays a boxer. The story revolves around the conflict between two factions, Idiyappa Parambarai and Sarpatta Parambarai, in North Chennai.

Carrying on the story of four straight and weak wing-mates (Ankit, Chirag, Jaat and Jhantu) in the second season, the series traces life inside engineering hostels in India. You will find yourself attached to it and you will find it fun too, as the second season is built on a lot of mixed things about hostel life.

Judas and the Black Messiah – July 25

Judas and the Black Messiah is a 2021 American biographical drama film, which has been praised for its strong story and strong acting.

On the eve of the wedding of the century, when Jerry moves to New York City’s finest hotel, a feud resumes, forcing a desperate event planner to hire Tom to get rid of it. As things go haywire, an escalating cat-and-mouse battle soon devastates his career, marriage, and hotel.

Filled with the charm of the famous Tom and Jerry cartoon characters, this is a great movie to entertain with famous characters over the years!