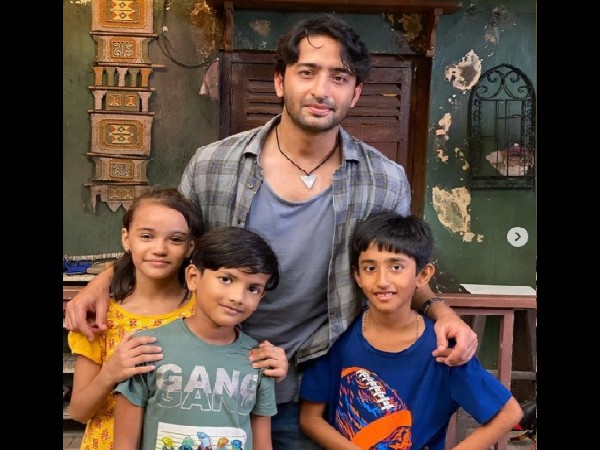 Pavitra Rishta 2: Shaheer Sheikh’s clarification on becoming a human, emotional post – I will not be able to do what Sushant did

Shaheer Sheikh has written a message to Sushant’s fans by sharing three pictures from the sets of Pavitra Rishta on his Instagram account. On which many fans have also given their reactions. Shaheer Sheikh wrote in his caption that I was shocked when I was approached for Pavitra Rishta 2.0. Who is it who would dare to play this role with the right mindset. This is a character that Sushant has immortalized. I was hesitant to do it too.

Difficult to do the character played by Sushant

Then I thought that I know Sushant Singh Rajput, he used to face every challenge openly. So I also decided that even if it would be difficult to replay the character he played, it would be even more difficult not to try.

I did what Sushant would do – Shaheer Sheikh

I did what Sushant would have done if he was in my place. I accepted the challenge. I was told by the team that in this way we want to pay tribute to Sushant’s legacy. I decided that I would give my everything for this. Leave the rest to the audience. Sushant will always be human. Nothing will change.

I will not be able to do what Sushant did

No one can replace it. I’m probably not good at it. I may not even be able to do justice to this role as you have done Sushant. But I promise I will give my all for it. Shaheer has clarified the reason behind having a holy relationship through this post. He got many reactions on this.

On this, the fans of Sushant have given their reaction. A fan has said that like Kuch Rang Pyar Ke Aise Mein Dev Tumse Hai. In the same way Manav is with Sushant in a sacred relationship. No hatred for Shaheer. But for us human being is only Sushant. A fan has written that I do not see that sacred relationship in which there is no human Sushant Singh Rajput. What was the need to bring this show after 6 years?