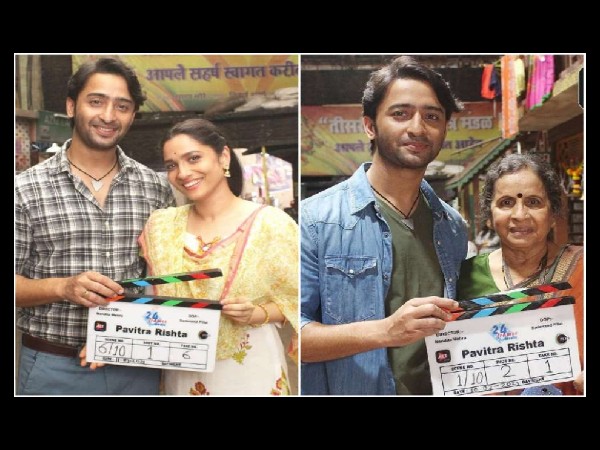 Well, after seeing Shaheer Sheikh as a human, once again remembering the year 2009 when Sushant became a human and fell in love with the character of an ideal husband in every household. After seeing Shaheer Sheikh, it seems that only Sushant’s face is not there, but completely human look of Sushant is visible here. Once again these photos are becoming viral among the fans.

Shaheer Sheikh’s look in the show has also been kept similar to that of Sushant. Where Shaheer can be seen wearing a checkered shirt with a black thread around his neck just like Sushant Singh Rajput. Ankita Lokhande is also seen in the same way in Archana’s look. What is the change in the story, it is not yet openly revealed. It is believed that an ideal love story will be seen again in the story.

Fans wrote that no one else can replace Sushant

Fans have given their reaction after seeing the new look of Pavitra Rishta 2.0, saying that they cannot see anyone else in the role of human instead of Sushant. A user has also commented that after the death of Sushant, another show should have been made. How can anyone replace Sushant in this popular show? One user has written that Manav’s character is made only for Sushant Singh Rajput.

A user has written that apart from Sushant, no one can be seen in the role of human. At the same time, a comment has also been written on Ankita Lokhande in this post. Many fans have also shared their opinion of not making Pavitra Rishta 2.0. Let us tell you that there is no information about when this show will be released. But Ekta Kapoor has planned to release it as a film on her OTT channel.

Ankita Lokhande very happy with the return of Pavitra Rishta