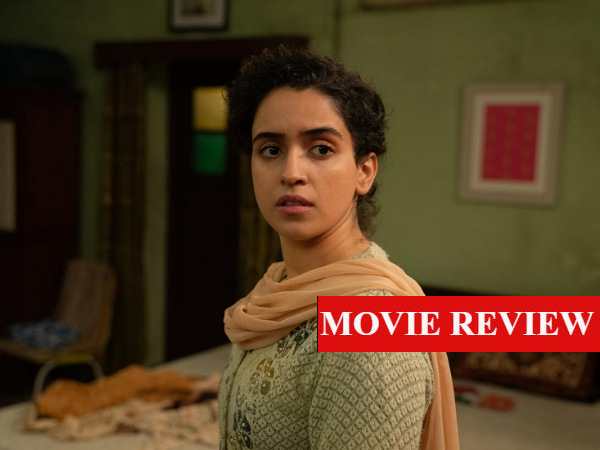 Aastik, the son of the ‘Giri family’ settled in Lucknow, dies suddenly. Relatives from far and wide are coming, weeping, asking about their well-being. Gossipers go on. Let’s talk about property. In the midst of all this is Sandhya, the wife of the believer. Sandhya is lying alone in her room and keeps checking Facebook. Secretly asks for chips and eats it. She is neither crying nor regretting the loss of her husband. On hearing the news of the believer, Sandhya’s friend Nazia has come to him. Not only Nazia but also the mourning parents of Sandhya are shocked by her behaviour. Meanwhile, Sandhya gets 50 lakhs of insurance in which the believer had made her the only nominee. As soon as this 50 lakh comes, there is a lot of change in the relationship.

After some time passes, Sandhya tells her friend that Aastik had an extra-marital affair. Sandhya realized that she could not forgive the believer for certain things. Not only a believer, slowly Sandhya’s anger also reflects towards her mother, for whom the daughter’s marriage was always the biggest responsibility. Her anger is also reflected in the family members, who sit in the next room discussing her second marriage. But Sandhya’s meeting with Aastik’s girlfriend (Sayani Gupta) is a turning point for him. She says, “Just like the believer got a new body in these 13 days, we also got a new life in these 13 days.”

In the end, what decision Sandhya takes for her life, whether she is able to forgive the believer or not, there is a story around this.

To tell, ‘Pagalat’ is the story of a family. But director Umesh Bisht has tried to give a message to the entire society. In a scene in the film, the elder of the house, Raghubir Yadav says- ‘The daughter-in-law should be given a second marriage. We are very open minded people..’ But at the same time keeping a separate cup for the Muslim girl who came in the house, cooking separately brings out their ‘open minded’ hypocrisy. In one scene, when the youngest brother’s daughter talks about periods in front of everyone, the mother immediately silences her. In another scene, Sandhya’s mother takes her eyes off her so that no one can take her out of her in-laws’ house. Every scene in the film is like a message. The screenplay has also been written by Umesh Bisht and some dialogues have become quite effective, such as- ‘If we do not take our own decisions, then others will take it.. whether we like it or not..’

The production design by Mayur Sharma gives a perfect feel to the story. At the same time, Prerna Sehgal’s tight editing makes it interesting. Wrapping up the film in under two hours has been a right move. Rafi Mehmood’s cinematography is quite effective. Be it the ancestral house ‘Shanti Kunj’ with a full family or the narrow streets of the city, he has given every scene with his camera.

With this film, Arijit Singh has appeared as a music composer for the first time. The lyrics of the songs are written by Nilesh Mishra and Raftaar. The good thing is that whatever songs are in the film, they carry the story forward. Himani Kapoor’s voice in ‘Thoda Kaam Ajnabee’ is soothing to the ears. But the songs of the film do not make a place in the mind for a long time.

Umesh Bisht’s direction, Prerna Sehgal’s editing and smooth acting by all the actors are the strong points of the film. But “Puglat” doesn’t surprise or disturb, and that is its weak side. There is no major twist in the story here, nor any change in the graph of any character. It moves in the same rhythm from the beginning to the end of the film. Maybe that’s why the film doesn’t keep its impact for long.

The light-hearted way in which ‘Paglat’, confined within two hours, speaks serious things, it is worth watching. The team of brilliant actors and the straight forward story wins hearts. 3.5 stars to the film from Filmybeat.