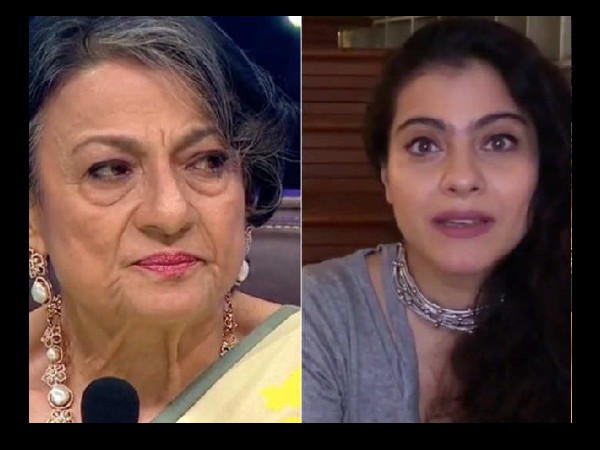 Super Dancer – Chapter 4 will welcome Bollywood’s well-known actress Tanuja this weekend. On this occasion, all the contestants will pay a tribute to the star actress and will perform on her evergreen classic songs. From dancing with Shilpa Shetty to blowing whistles on some of the best performances of the contestants, Tanuja gets emotional while having fun on the sets of this dance reality show.

Apart from this, Tanuja will also get a surprise when her daughters – Kajol and Tanisha send a special video message for her. A promo video of this has surfaced. Where Tanuja starts crying after listening to the video message of her daughter. Kajol tells about the gift given by Tanuja.

Tanuja, Kajol and Tanisha are seen together in this video. In this, Kajol’s voiceover is heard from behind. Kajol is seen saying in this video that the biggest gift my mother has given me is upbringing. Tanuja’s eyes fill with tears as she hears this.

After the death of Dilip Kumar, Shatrughan Sinha raised a big question – why Bharat Ratna was not given, I am surprised

Hearing this, Tanuja gets emotional. On this occasion, Tanuja went on stage and danced with the contestants on the song ‘Aao Twist Karein’, while the super gurus also gave a splendid tribute to the legendary actress. Overall, this weekend’s Super Dancer – Chapter 4 will be a must watch! Watch Tanuja’s special episode in Super Dancer – Chapter 4 to be shown this weekend.

Let us tell you that Tanuta has been a beautiful veteran actress of Hindi cinema. He has done memorable performances in many super hit movies like Bhoot Bangla, Haathi Mere Saathi, Mere Jeevan Saathi. After Tanuja’s entry into the industry, Kajol and Tanisha also entered the cinema as actresses. Kajol Jahan became a superstar. On the other hand, Tanisha could not set her color in the industry.