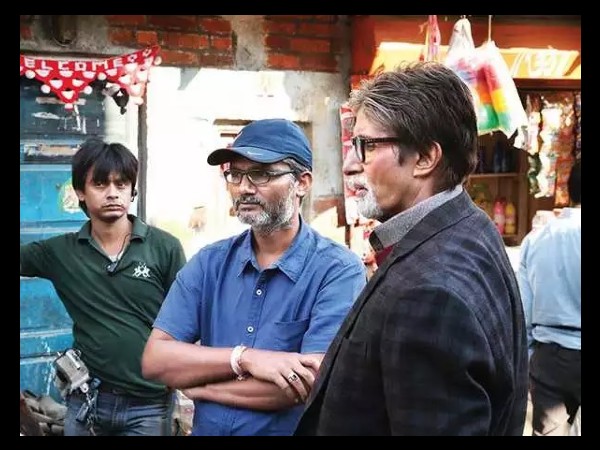 Nitesh Tiwari on KBC 13 short film ‘Samman’ – the game of dreams, cannot sit on the hot seat in front of Amitabh

Nitesh Tiwari told that casting director Mukesh Chhabra helped in this. Its audition was held in Bhopal. Most of the actors appearing in KBC 13’s honor ad film are from Bhopal. Thereby, the film provides an interesting cinematic experience. This story is about a village who wants money to build a school. For which someone shows his hand to the pandit and someone draws a lottery. In such a situation, the whole village answers the question from the mobile to sit on the heart seat of KBC 13. This entire ad is based on how KBC becomes the hope of this village.

I had to work hard in a wrestling film: Nitesh Tiwari

Nitesh Tiwari says that everyone sits and watches KBC together. KBC is a society experience. I have tried to show all those things. In this short film, I have tried to show how different characters are found in the village. There are characters who are good and gray sed. Small town life. Social media has reached the corner, that too has been added to the writing. When the lights go out at night, they sit in one place in the village and gossip. We have been seeing this. The same has been shown in the movie KBC 13. I had to work hard in the wrestling film, which I did not know. I had never lived the life of a wrestler.

I will get nervous sitting on the hot seat: Nitesh Tiwari

Respect The reason behind KBC 13 ad short film is that I see emotions. It’s not just about winning money. If you win even 5 thousand then you get the honor of sitting on the hot seat. Your journey to reach KBC matters a lot. People have dreams which are united on KBC platform. Because of this, it will connect with the audience. In response to a question, Nitesh says that I also aspires to play KBC. But I will get nervous in front of Bachchan sahib on the hot seat.

Nitesh Tiwari said on his experience with Amitabh Bachchan that Bachchan sahib does not let him feel that he is such a big star. They are met with such respect. Bachchan sir has seen KBC 13 samman ad short movie. I got a pat on the back from him. He further says that KBC assures people that if a common man can do this, then I can too. A success story of KBC becomes an inspiration for crores of people. This is the unique feature of KBC. People play KBC for their dreams, for their people. It is in the DNA of KBC.