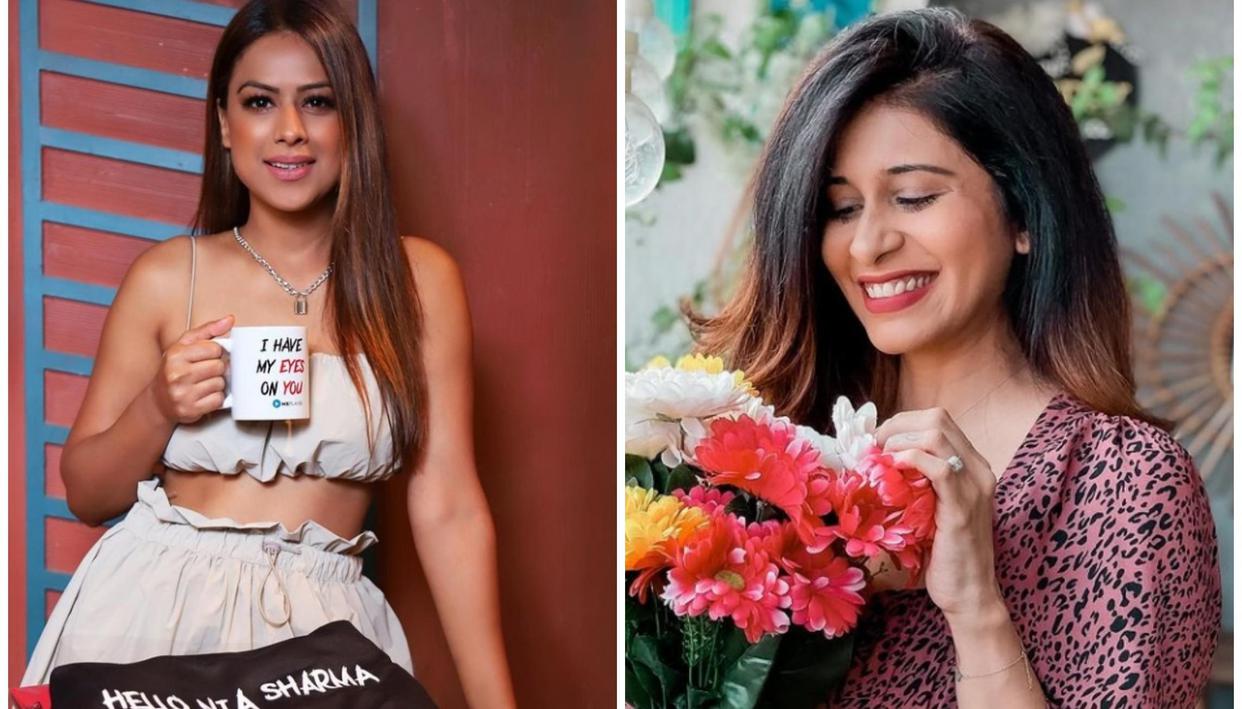 From Nia Sharma’s bikini look to Kishwer Merchant’s pregnancy photoshoot, check out the top Instagram posts of the week by television celebrities.

On Thursday, March 4, 2021, Nia Sharma took to Instagram to share a video of her having fun by the beach. Sharma wore a bikini look and the monochrome video chronicled her running in the water on the beach along with a picture of her lying on the beach with a bicycle in the background. The reel played 13 Beaches by Lana Del Rey in the background and she captioned the post “Beaches”.

TV actor Erica Fernandes, on Thursday, March 4, took to her social media handle and shared a boomerang video to extend “love and gratitude” towards her fans as she completed five years in the industry. In the video, Erica can be seen sporting a casual look and flaunted a round-neck white tee, which read, “Perfect / Just Perfect”. In the backdrop, numerous balloons of different colours and sizes can be seen decorated around the place and a box shaped ‘5’ was filled with balloons. Erica wrote in a caption that she felt she was somewhere on the right track and will try her level best to entertain her fans as long as she can. See post on Erica Fernandes’ Instagram-

Kishwer Merchant took to Instagram to break the news about her pregnancy by sharing with her fans that she and her hubby Suyyash are expecting their first child to arrive in August 2021. She added a picture and a reel of her on the beach with Suyyash down on his knees cradling Kishwer’s baby bump with August 2021 written on the sand. She wrote in the caption, “You can now stop asking “when are you guys gonna have a baby”, coming soon”.

Neeti Mohan flaunted her baby bump for the first time on social media in an Instagram post on Thursday, March 4, 2021. The Pyar Maanga Hai artist posed goofily with her belly in a reel. She also performed different Pilates exercises for her arms and legs in the video. She quipped that she was ‘Mommy’ to-be in ‘Full form’ referring to the shape of her stomach in the caption. See the post on Neeti Mohan’s Instagram-

Jennifer Winget is ‘Piecing the Puzzle’

Jennifer Winget flaunted her elegant look in a black and white collage. The collage pictures had a closer look at her lips, eyes, face and the portrait of the photo was used for others. The photo was inscribed with “Piecing The Puzzle”. She wrote on the caption “Small Pieces unto the Big Picture!”. Check out the post on Jennifer Winget’s Instagram-