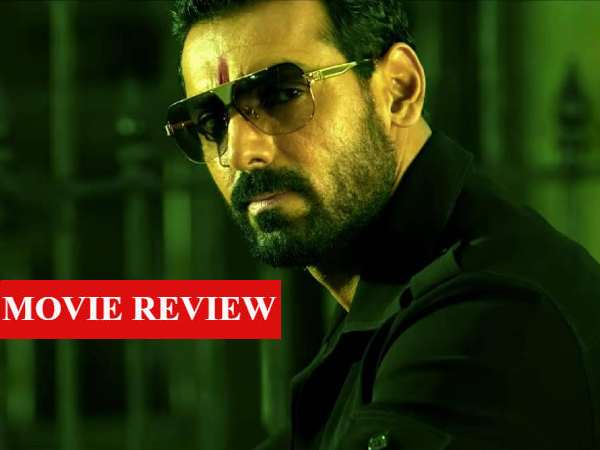 Bombay was ruled by gangster Gaitonde. His men used to collect the desired week from the common shopkeepers. No one in the city raised his voice against him. One day a 12-year-old boy Arjun (Pratik Babbar) raised his voice against his oppression, but at the same time Gaitonde’s men killed him and made him dead. Arjuna’s elder brother, Armatya Rao (John Abraham) is informed about the incident as soon as he is so engrossed in the vengeance of revenge that he has entered the world of crime without any hesitation. His goal becomes to eliminate his biggest enemy, Gaitonde. In this he is supported by Murli Shankar (Sunil Shetty), drug dealer Nari Khan (Gulshan Grover) and Bhau (Mahesh Manjrekar), a leader (a character inspired by Balasaheb Thackeray).

Armatya, along with his three friends, soon emerges as a new gangster from Bombay. He runs from Dadar to Byculla. But in the meantime, there is the entry of Announcer Specialist Inspector Vijay Savarkar, who vows to end Armatya’s reign. In such a situation, what is the link between Gaitonde, Armatya, Bhau and Inspector Vijay Savarkar, who survives and whose reign ends.. The story of the film revolves around this.

Sanjay Gupta had earlier given a great film like Kaabil (2017), so there was a hope attached to Mumbai Saga as well. Gangster dramas in Bollywood are mostly served by making typical masala films. Sanjay Gupta has also not gone beyond this. Taking on more than one actor, he tried to create a crime drama set against the backdrop of 1980-90 Bombay, full of action, suspense, drama and dialogue. But one aspect where the film is weak is that there is no novelty in the film. No attempt has been made to make the film in terms of 2021. Not a single suspense works in the film. All the scenes look worn out.

John Abraham leaves his mark in the character of gangster Amartya Rao. Although his grip is still raw in serious and sensitive scenes, but his power in action scenes looks tremendous. The fight scene between John and Emraan is the highlight of the film. Emraan Hashmi as Inspector Vijay Savarkar looks good. It would not be wrong to say that he has done full justice to his character.

Apart from these, two more characters who have appeared strong are Mahesh Manjrekar and Rohit Roy. Kajal Aggarwal has few dialogues in the role of wife of Armatya Rao, her character was kept very limited. Prateik Babbar suits the role of Armatya’s brother. Suniel Shetty and Gulshan Grover are in few scenes, but their personalities make an impact. The most vulnerable in the film is Amol Gupte, who is the main villain.

Technically, the film is very average. Shikhar Bhatnagar’s cinematography leaves no impression. Mumbai is a city that has been portrayed on the big screen in very different ways by different directors, and each time a new face of the city emerges. But in ‘Mumbai Saga’ this shortcoming keeps knocking continuously. Bunty Negi has done a good job on editing. At the same time, the screenplay written by Robin Bhatt and Sanjay Gupta seems to be quite cliched. Between the action scenes and dialogues, the writer left the story completely loose.

The music of the film is given by Payal Dev and Yo Yo Honey Singh, which is average. The songs are written by Homi Dilliwala and Honey Singh. The Ganpati song ‘Danka Baja’ creates a good atmosphere, but is not remembered. At the same time, the song ‘Shor Machega’ picturized on Honey Singh seems to be only noise.

It’s definitely nice to see actors like John Abraham, Emraan Hashmi, Mahesh Manjrekar, Suniel Shetty together on screen. But even all these actors together could not lift the weak story. There have been many gangster drama films in Bollywood in the past, which were also well-liked. In which films like Sanjay Gupta’s Hi Kaante, Shootout at Lokhandwala are included.

‘Mumbai Saga’ is a story of 80s Mumbai, when gangsterism was at its peak. Here the director chose the plot well, but could not show anything new in its treatment.. No cinematography, no dialogue or action scenes.

If you are a fan of Bollywood action movie and John Abraham, then Mumbai Saga is a must watch. In many ways, the film is clichéd, you know every scene to come, but if you love watching two heroes fight-bones on the big screen, Mumbai Saga won’t let you down. 2.5 stars to Mumbai Saga from Filmibeat.