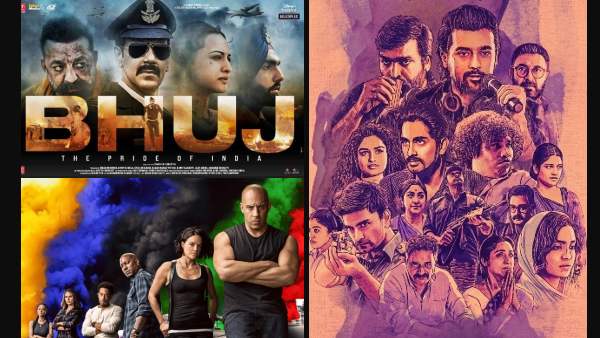 Movies and web series coming in OTT and theater in August 2021 – Bell Bottom, Bhuj including 9 other shows

Manoj Bajpayee, Neena Gupta and Sakshi Tanwar are in the lead roles in this thriller drama directed by Rensil D’Silva.

Directed by Mani Ratnam, it is an anthology which will have 9 episodes. All the episodes will be based on a different emotion or rasa, such as anger, compassion, courage, hatred, fear, laughter, love, peace and wonder.

This is a thriller film by South Star Prithviraj Sukumaran. ‘Kuruthi’ is a film directed by Manu Warrier and written by Anish Pallal.

Sidharth Malhotra and Kiara Advani will be seen in this film based on Kargil hero Captain Vikram Batra. Vishnuvardhan is directing the film, while the producer is Karan Johar.

Bhuj – The Pride of India

Nayanthara will be seen playing the role of a blind woman in this film. It is a thriller film, directed by Milind Rau.

After releasing in theaters worldwide, this film is going to be released in India on Amazon Prime Video. It will be available in languages- Hindi, English, Tamil, Telugu.

Bell Bottom is scheduled to release in theaters on August 19. This is a thriller film directed by Ranjit Tiwari. Vaani Kapoor, Huma Qureshi, Lara Dutta and Adil Hussain are going to appear in the film with Akshay Kumar.

This popular Hollywood action franchise film is going to be released in cinemas in India on 19 August. This film will knock in India after being postponed for a long time.