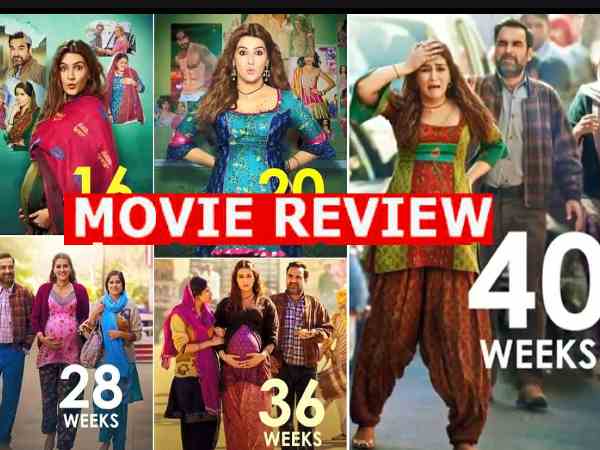 There is not much play or twist in Mimi’s story. The story of the film is the same as in many films, the story of a girl with big dreams in a small town. Mimi’s story is also the same. She wants to go to Mumbai, wants to establish her dream world in Mayanagari, but as expensive as that world is, the cost of fulfilling those dreams is as expensive. After that Mimi is ready to get that price at any cost. Because every cost is small to make dreams come true. The price of Mimi’s dreams is her womb.

Bhanu (Pankaj Tripathi) helps Mimi to fulfill her dreams. In his language, he is the caretaker of Mimi’s dreams. Bhanu also has his own dreams which are expensive and Mimi – Bhanu together when the songs are playing on the radio in taxi, the whole thing is that Bhaiya is happy to hear Bada Bada Rupaiya, only then this movie will give you an idea of ​​the situation ahead. Will give a small glimpse. Because if money could really easily give happiness, then there would not be so much sorrow in the world.

Laxman Utekar knows what he has to say in his story and this is the reason why Mimi never gets burdened anywhere. As simple as this film starts, it ends in a simple way. But this emerges as the highlight of the film. If there is anything missing, it is in the script of the film. There is nothing in Mimi that we or you have not seen or heard. At the same time, the story of the film runs far behind its time. It fails to connect you with today and this is where the film falls short.

Mimi’s story is very simple, we have already told you this. But what makes this simple story special is the acting of Kriti Sanon. Kriti Sanon takes you through Mimi’s journey from the first scene to the last scene in such a wonderful way that your mind does not move away from the film. It was a great experience to see him deliver great performances in every single scene. This film, Kriti Sanon, on the strength of her acting, takes it firmly till the end without any slack and without carrying any burden. For this he could get loud applause in the theatre. Some scenes of Kriti in the film really show that her acting has matured.

Ganesh Acharya has introduced Kriti Sanon in the film in the best way with the choreography of Param Sundari. Subrata Chakraborty and Amit Ray’s production design lends a true feel to the film and Sheetal Sharma’s costumes help set the film in Rajasthan. Manish Pradhan’s editing does not allow the film to get cumbersome anywhere and the amount of praise he gets for this is less. Because Rohan Shankar and Laxman Utekar’s script had a lot of potential to be cumbersome. The credit also goes to Rohan Shankar’s dialogues for not letting the film become cumbersome. He has created the perfect mix of emotions with just the right amount of sprinkling of comedy. That’s why you watch the movie with a slight smile and you don’t even realize when there is moisture in the eyes.

The true story of Mimi and their friendship

As a friend, Pankaj Tripathi does what friends often do in Mimi. Firmly lay your shoulder and have your friend lean on that shoulder to try and hold him back. Pankaj Tripathi wins hearts in this character of Bhanu because his friend is not like us and your friends. In his and Mimi’s friendship, there is less friendship and more affinity, there is a closeness even in the distance. A relationship that looks a little less than friendship but still as strong.

On the other hand, her friend Shama is seen standing with Mimi every moment. Sai Tamhankar lives this character with utmost simplicity and truthfulness. She appears on screen with Kriti Sanon in every scene with as much brilliance as the light that her character brings to Mimi’s life. A true friend, Shama honestly shows how important it is in life.

what makes you disappointed

Laxman Utekar’s film disappoints then in its philosophy. The film seems to be far away from the truth and as the film progresses it seems to be making the same distance from the truth. There is nothing in the film that one can quickly believe in. Neither can the decision of doing surrogacy with Bhanu and Mimi be believed without any trouble for money, nor can Mimi’s family and her society without any hindrance or fear of an unmarried mother without a father’s children. Making him sit on his head and eyes gives him confidence. If seen, such a society is hardly visible even in our dreams.

Mimi is a film much ahead of its time. The film deserves a grand release five – six years back from today and also has good box office performance. Seeing this in today’s time, there is less freshness in the film. But perhaps this is the specialty of the film that despite such a big drawback, Mimi’s truthfulness and strong acting by its cast leaves a small space in your heart and a small smile on your face.