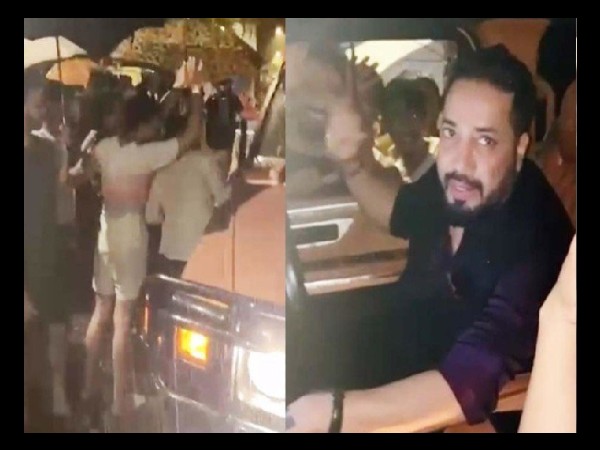 Bollywood singer Mika Singh’s car suddenly stopped due to heavy rains in Mumbai. After this, a video of how the people present there helped Mika Singh is going viral. Singer Mika Singh is a super hit for his song with Controversy. In such a situation, when a star’s car breaks down on the road of Mumbai as well as in the middle of the heavy rain, then it is public which knows everything.

This video is an example of that, whether it is a star or a common man, how people come forward for help. In this video, Mika Singh is seen sitting with Paras Chhabra’s ex-girlfriend Akanksha Puri. These days the friendship of Mika Singh and Akanksha Puri is dominating. The friendship between the two has been in the news since a music video.

A few days ago, a picture of both of them was also revealed. Both have named their relationship as friendship for the time being. However, let’s move on to this viral video which has been posted by celebs photographer Viral Bhayani on his Instagram. It is being told that this is the late night atmosphere while returning from the music of Rahul Vaidya Disha Parmar. In this video, Mika Singh is seen sitting in the car.

A crowd of people gather near Mika Singh’s car. It is being told that this video is from three o’clock in the night. Where Mika Singh is seen in this video with Akanksha Puri in the front seat. He says in the video that our car has broken down and 200 people have come to help us. After this, the crowd outside the car starts shouting loudly for Mika Singh. Mika Singh also thanks all the people present there for the help.