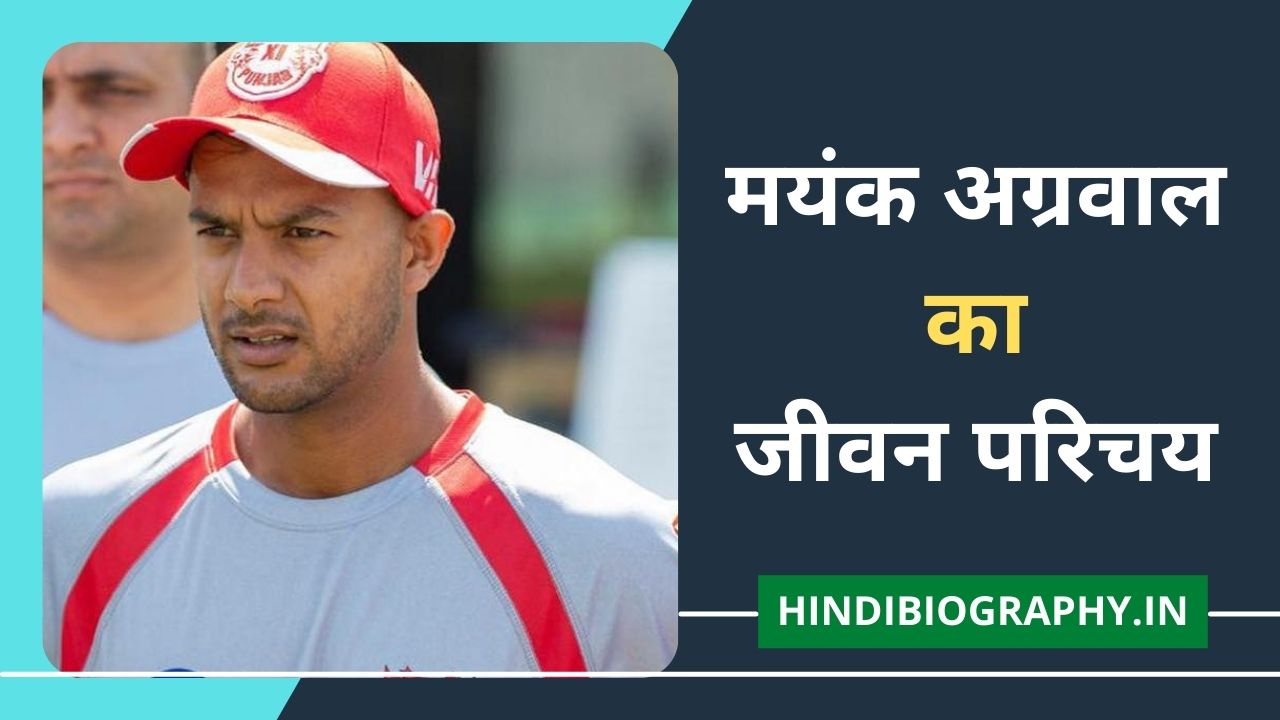 In this post, we will give you information related to the biography of Indian cricketer Mayank Agarwal. Mayank Agarwal is a right handed attacking batsman. Who has made a place in the hearts of millions of cricket fans with his talent. He also plays in domestic tournaments and has played many matches for the Indian team as well. Mayank has made many records in his name while performing well in Test cricket.

Mayank Agarwal was born on 16 February 1991 in Bangalore, Karnataka. He did his schooling from Bishop Cotton Boys School, Bangalore and graduated from Jain University Bangalore. Mayank was very fond of playing and watching cricket since childhood.

In the 2017.18 Vijay Hazare Trophy, Mayank scored 723 runs in 8 matches and became the highest run.scorer of the season. He also performed brilliantly in the Deodhar Trophy in 2018 and 2019.

Seeing the excellent performance of Mayank Agarwal, he was included in the Test series against West Indies in 2018 but he did not get a chance to play. In December this year, he was included in the Test team against Australia. Here he got a chance to debut and in the very first innings he played an excellent innings of 76 runs. This was the best score by an Indian player in his Test debut in Australia.

Mayank Agarwal lives with his family in Bangalore, his father is a business man and his mother is a housewife. Mayank also has a brother who has played cricket at the state level.

Mayank Agarwal married his childhood friend Ashita Sood in 2018. Both of them were good friends of each other since school days and gradually this friendship turned into love.