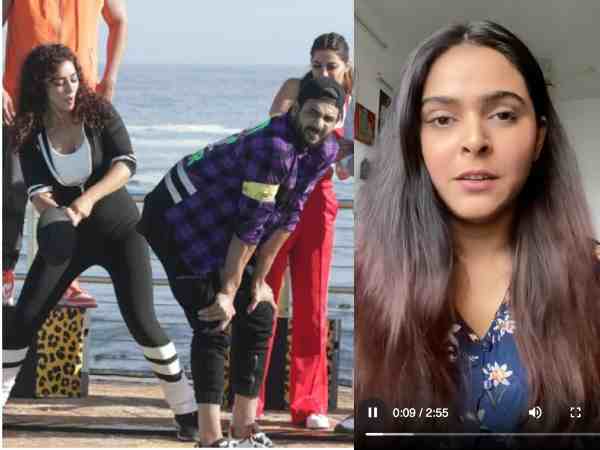 Madhurima Tuli furious at Khatron Ke Khiladi, asked – why did you make fun of Vishal for hitting slippers?

Why this discrimination against only me?

Madhurima said in this video that I have done many shows with you – Chandrakanta, 24, Bigg Boss. And I have had a lot of fun doing all these shows. But seeing this one incident again and again, you are not thinking what happened to my family. Many other things happened in that show, someone threw tea, someone did something but you don’t show it again and again. The same people are going to earn respect with the rest of your show. Then why is this with me?

Madhurima said sadly, either you think that it will not matter because I do not have much fan following, then someone will stand for me. So that’s a different matter. If you have to repeat the old things, then you repeat the whole thing, otherwise spare me. After this video of Madhurima, Colors TV removed the clip of her chappal fight from its Twitter.

Significantly, there is a long history behind Madhurima Tuli and Vishal Aditya Singh. The two met on the sets of Colors TV show Chandrakanta where they were in lead roles and the two became very close. Fans were very happy with their relationship. But they broke up in no time.

The effect of the relationship was also seen in Nach Baliye

Vishal and Madhurima appeared as ex-partners with each other on Nach Baliye but the chemistry between them was clearly visible to everyone. Madhurima made it clear that she wants to give this relationship another chance but Vishal wanted to move on in life. However, the pair of both of them showed quite a lot on the show.

Whenever it comes together, only quarrel

READ ALSO -   Frozen 2- A storm will come in Anna's perfect life, the fear of losing everything!