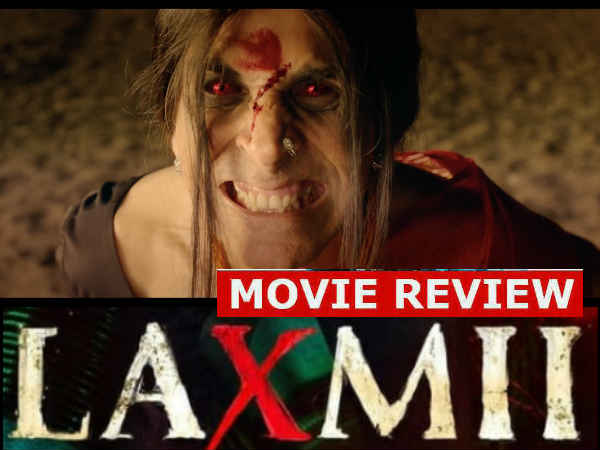 Despite being a centerpiece of the story, Laxmi fails to engage the audience. The opening hour of the film almost takes you to the level of boredom and all the credit for the film’s failure goes to Raghav Lawrence’s weak screenplay and direction. At the same time, Farhad Samji plays his full support, whose dialogues are neither remembered nor his collaboration in the script is able to tie the film according to the Hindi audience.

If we talk about acting, Akshay Kumar may have considered it as the biggest challenge of his career, but on screen he looks ineffective and breathless. On the other hand, Kiara Advani’s part has not come except for calling her name and two or four dialogues. So it will be a little difficult here to determine the scale of his acting ability.

Laxmi’s casting is superb. Except for the lead cast. Akshay Kumar looks a complete misfit in the film. However, everyone else has tried to put their lives in their respective characters. Be it Ashwini Kalsekar’s comedy effort or Ayesha Raza’s. At the same time, not much has come in the part of Rajesh Sharma and Manu Rishi Chadha.

picks up speed in the second half

The film picks up pace in the second half where Akshay Kumar finally appears in the character of Laxmi. But Akshay in the role of Lakshmi will once again be seen disappointing you. Your disappointment will increase when the real Lakshmi enters the film as she is completely different from Akshay Kumar.

Laxmi has been described as a horror comedy but the music and background music of the film is completely different. Neither does the music help during light-hearted scenes, nor does the background music in horror scenes create fear in the minds of the audience. The film falls flat on both sides. At the same time, the songs of the force leave no stone unturned to make the film more loose and lax.

Talking about the production, the designs by Waseq Khan and Rajat Poddar and the art direction by Rajinder Sharma are impressive and do their job. Be it the scenes of Baba’s mazar, an attempt to exorcise or the climax of the film, somewhere, these scenes succeed in trying to keep you hooked in the film. The film slips out of your hands only because of its weak writing and coercive effort of comedy.

The strongest aspect of the film is the entry of the real Lakshmi in the film. With the entry of Sharad Kelkar, you immediately want to know the story of Laxmi in the blink of an eye and full credit should be given to Sharad Kelkar. He really deserves applause and praise for this role.

where did you disappoint

Laxmmi Bomb disappoints you everywhere except in the last 40 minutes. There are many reasons for this but the biggest reason is to serve this film to Hindi audience with the impression of South. And this is where director Raghav Lawrence is defeated. Even in the climax, the action of the film seems childish to you. Neither does the film scare nor does it make you feel sympathy for Laxmi.

Overall, if you want to see this film, then watch it for Sharad Kelkar. But you will have to wait a long time for that and by then your patience will probably pay off. So if you watch Laxmi, then watch this film keeping your mood in mind.