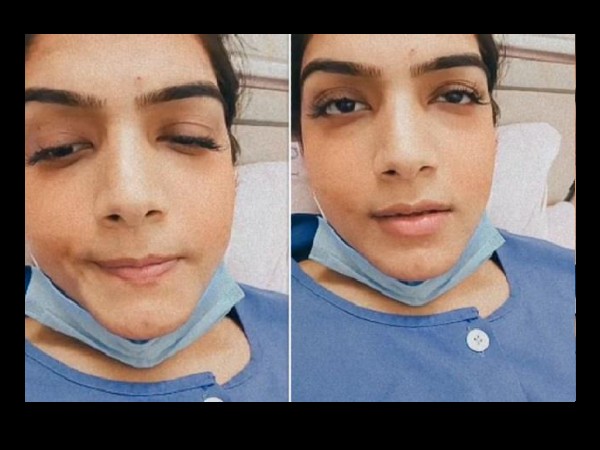 During the Corona epidemic, many artists have come forward about their poor financial condition. At the same time, once again releasing a video from the actress of the Naamkaran TV show, she has expressed her pain. Naamkaran actress Ananya Soni has told the sad news of her kidney failure. Ananya Soni has been facing financial crisis for a long time.

He is hospitalized for a long time. In the video shared by the actress, she has also given the name and account information of her bank. So that people can help them with money after watching the video directly. The actress has released a video on Instagram saying that I have come live to tell why I am in the hospital. He further told that I am admitted in the hospital due to kidney transplant. I need money for this. It will cost 4 to 5 lakhs.

He has been admitted to the hospital due to kidney failure. Ananya said that she wished she did not have to undergo a kidney transplant. Ananya has said that it has come in my report that my kidney is not working properly. I want to entertain people. I want to walk again I want to earn money I want to make a tremendous comeback. Ananya also told that due to lack of work, she had to take a loan.

All my savings have been spent on treatment. Ananya has said that since 2015 she is alive on only one kidney. Both his kidneys had failed 6 years ago. His father gave him one of his kidneys. That kidney too is now bad. Because of this, he will have to undergo a kidney transplant again. Ananya has also told that there was a fire in her house, after which her financial condition became very bad. His mother had a clothing business. Which got burnt badly in this fire. Apart from naming, Ananya has worked in many TV shows like Crime Patrol, Ishq Mein Marjawan and Adalat.