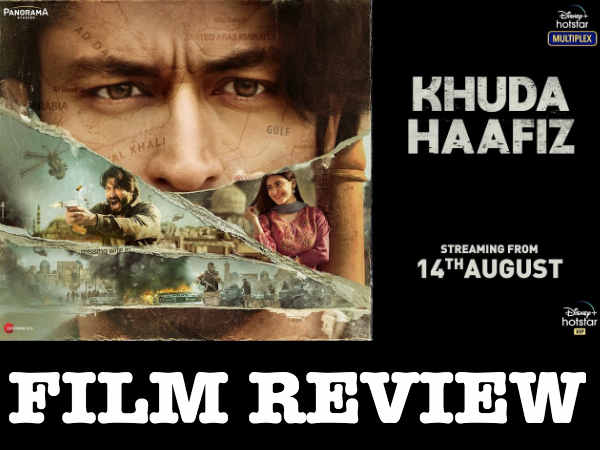 The story of the film is completely flat. There is a simple couple, there is the temptation of jobs, there is an international market for buying and selling of girls, and a couple trapped in the middle of all this. But how a common man becomes Superman and saves his wife by using his six pack abs alone, this is the story of the film.

The script of the film is very loose. You will know the scene after every scene because you must have seen it somewhere, sometime or the other. At the same time, the run time of above 2 hours keeps on loosening this script further. Both the writing and dialogues of the film Farooq Kabir fail to captivate the audience.

The starcast of the film is good. Shiv Pandit, Aahana Kumra, Annu Kapoor, Shivaleeka Oberoi all seem to be trying to do their work well but no one has been given their work in a manner. Aahana Kumra and Shiv Pandit in the role of Tamina Hamid and Faiz Abu Malik capture the Arab dialect very well but still do not leave any impact. Nawab Shah in the role of Villain and Annu Kapoor as a friend leave an impact. There is not much in the character of Nargis in the part of Shivaleeka Oberoi.

Farooq Kabir did not try to do anything new in the story of the film. The blueprint of such films has been followed and served to the audience. But that is why the film feels stale. Everything was seen many times in many places. Vidyut Jammwal is an action hero, just say he is a star, the audience can’t bear to see him upset like a common man. And neither can they use the image of this action star in a faraway manner nor can they leave it. The film keeps swinging somewhere in the middle.

READ ALSO -   Know about The Suicide Squad movie in Hindi
-->

The film was shot in Uzbekistan and has been shot beautifully. Jeetan Harmeet Singh is to be praised for the cinematography while Sandeep Francis’ editing makes the film more lame.

In the film, Vidyut Jammwal has been asked to break his superman image of an action hero and become a common man, which he has tried his best. In many scenes, it seems that now his shirt will burst, but just by breaking his fingers, he remains clenched. It must have been difficult for them, but the problem is that even the directors remember this thing and sometimes they forget.

The music of the film is average. Sayeed Qadri’s lyrics on Mithun’s music don’t do anything amazing but these are pure Bollywood songs that often become chartbusters. The background music of the film also does not seem to be working in the interest of the film.

where is the lack

The film is inspired by a real incident. But the problem is that the film has not been allowed to remain original. An attempt has been made to serve the film with One Man Army by putting it in the framework of the common man, in which Farooq Kabir seems to have failed miserably.

Yes, some action scenes have become good in the film. Because they seem to be doing electrical jams. Every effort has been made to keep his action away from the common martial arts, but perhaps Farooq himself is left confused about the image of an action star between a superhero and the common man.