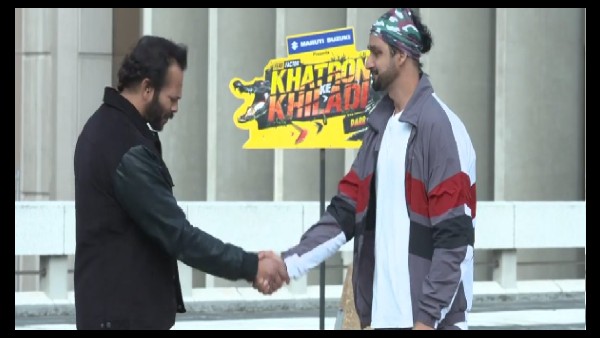 When Rohit Shetty asked Arjun Bijlani if ​​he would like to use the medal he got, Arjun Bijlani decided to stay on the show and used the medal. Although here Arjun Bijlani had to send someone else in his place, Arjun Bijlani took the name of Saurabh Raj Jain. But for this Shweta Tiwari raised her voice and said that it is wrong to send any safe contestant for the elimination task like this.

Saurabh Raj Jain lost the task out of the show

Abhinav Shukla’s fan praised him and said that Abhinav has said absolutely right that there is a lot wrong with Saurabh Raj. Colors TV has also been accused of re-khel gaya. On the other hand, it is also expected that like Nikki Tamboli, Saurabh Raj Jain can also return to the show. He is a strong player, so he can be returned to the show again. Saurabh Raj Jain is out with a twist after winning the task, so he can be back!

I really agree with the unfair eviction of

@ColorsTV
. It’s all because of you. If sourabh not then anyone would have done elimination stunt which would have really unfair.

#AbhinavShukla
made me proud by saying right thing.

#SourabhRaajJain‘s Elimination is another example of HOW UNFAIR & BIASED

#ShewtaTiwari
said it was unfair for

I want vk to do kkk but after this No.

#AbhinavShukla! It was highly unfair to choose

#SourabhRaajJain
for the elimination stunt. Not expected from