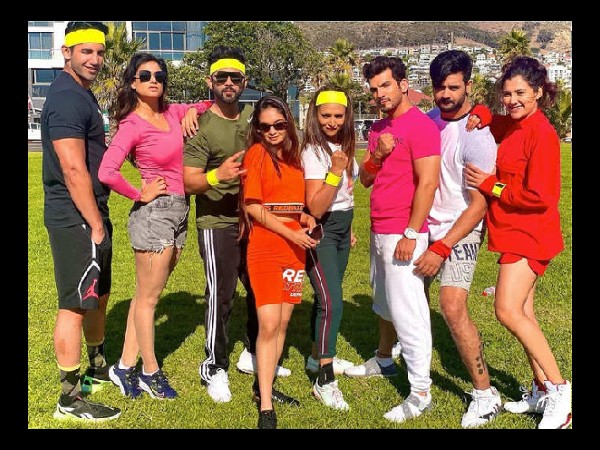 Khatron Ke Khiladi 11: Along with Rohit Shetty, this contestant got a hefty fee of lakhs in Corona, full list leaked

Rohit Shetty’s fee of so many lakhs

The real king of TRP of Khatron Ke Khiladi is Rohit Shetty. Their fees are the highest. According to media reports, he is charging Rs 49 lakh for an episode.

Rahul Vaidya’s fees so much

After Bigg Boss 14, Rahul Vaidya has got such TRP that his fees have also increased. According to media reports, he is charging a fee of 15 lakhs for an episode.

TV’s daughter-in-law Divyanka Tripathi is coming to TV after years. It is being told that she is charging a fee of 10 lakhs for every episode.

Arjun Bijlani, the superhit friend and actor of the TV world, is also charging close to 7 lakhs for every episode.

Nikki Tamboli also got so many lakh fees

Nikki Tamboli is seen everywhere like the wind after Bigg Boss 14. He is getting around 4.5 lakh per episode fee for Khatron Ke Khiladi.

Shweta Tiwari is also showing her flair in terms of fees in Khatron Ke Khiladi. He is getting a fee of around 4 lakhs for this.

Now it is the turn of Abhinav Shukla, another face of Bigg Boss. Their fees are also being told around 4.25 lakhs like Nikki Tamboli.

Actress Anushka Sen, who was seen in the Jhansi Ki Rani show, is being told around 5 lakhs per episode.

Vishal Aditya Singh, who was seen in Bigg Boss 13, has got a fee of 3.34 lakhs per episode for Khatron Ke Khiladi.

Varun Sood, who has been a part of many reality shows, is getting a fee of Rs 3.83 lakh for an episode.