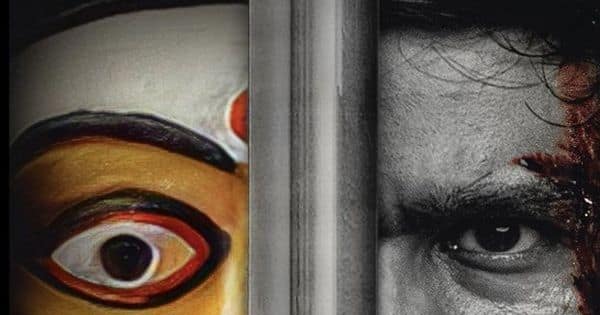 Many films have been made in Bollywood and South cinema on caste discrimination and oppression against people. Everyone’s theme may be the same, but the way of showing them and conveying the message to the people determines the success and failure of the film. Recently, South Star Dhanush’s film ‘Karnan’ has been released on this theme. Due to Corona, the film could hardly be released in theaters. Two days ago the film was released on OTT platform Amazon Prime. How is the film and what is special about the film? We are telling you in this review… Also Read – Superstar Dhanush will blast on Amazon Prime Video through Karnan, know when the blockbuster hit film will be released

story- The story of the film is about a dispute between two villages whose main point is caste. Powerful people live in one village and they consider the people of another village to be a lower caste. That is why there is no basic facility in the other village and no one is there to listen to them. There is no bus stand in the village and due to this the villagers have to go to another village and catch the bus. In such a situation, many times there are fights with other villagers. There is a boy in the village, Karnan (Dhanush) who is of an angry nature. He does not want to see the villagers being exploited and is determined to change things. Due to Karnan, many times there is a situation of Markat in both the villages. The atmosphere worsens when Karnan along with his friends vandalizes the bus when the bus does not stop for a pregnant woman. This is where the story changes. The film depicts the oppression of the ‘lower’ caste people, the discrimination of the administration and religious beliefs in a tremendous way. The story of the film is written by Mari Selvaraj and it is written in a very powerful way. The story of the film is very similar to the incident in Kodiyakulam village of Tamil Nadu in the year 1995, where, at the behest of the alleged upper caste people of one village, 600 policemen brutally beat up Dalits living in another village.

Acting- If we talk about acting, then Dhanush is the whole world in itself. The acting done by Dhanush in the film is not for everyone. Not only Dhanush but the entire star cast has done a great acting. Dhanush doesn’t just act but lives the character. Many times while watching the film, you will feel that all this is happening to you. Apart from Dhanush, Natarajan Subramaniam became IPS, Rajisha Vijayan in the role of Draupadi, Lal in the role of Yema Raja have done tremendous acting. At the same time, Yogi Babu is the master man. Not only human beings, child artists and even village elders have proved their mettle in acting. Also Read – After Karnan, Superstar Dhanush will blast through Jagame Thandhiram, will show his gangster look in the month of June

direction- The film is directed by Mari Selvaraj. The rest of the directors can learn a lot by seeing his direction and camera work. Mari has made acting on screen with dogs, horses, even earthworms. Each scene is threaded like pearls in a garland. The donkey’s legs, the eagle carrying the chickens reminds you of many things throughout the film. Many scenes have been visualized in such a way that seeing you start goosebumps. As in most of the South films. The music of this film is also superb. Along with the background music, the songs of the film also fit the situation and add to the excitement of the scene. During the film, you will not even know and you get so engrossed with the character of Dhanush that you will also get angry. The ending of the film may disappoint some people. Also Read – Dhanush’s big announcement due to the success of Karnan, will once again do ‘Dhamaka’ with director Mari Selvaraj

Decision- This is one of the best movies ever made on this subject. From music, direction, acting to story, this film proves to be 11 out of 10. If you are planning to watch a film with sharp acting full of tight handwriting, then watch it without thinking. It will not be a surprise if Dhanush gets the National Award once again after the superb film Asuran.