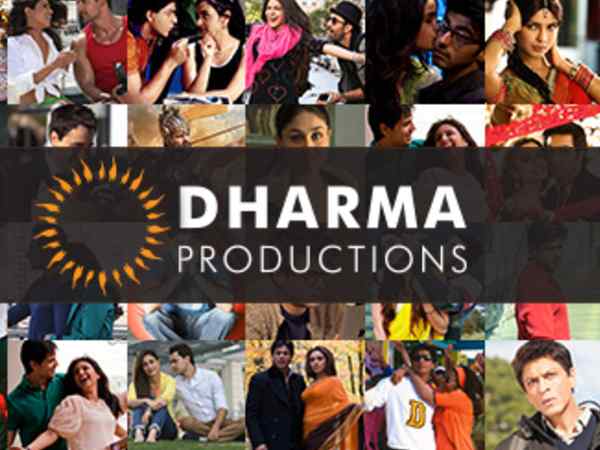 Karan Johar is going to announce a banging film on 6th July. It is believed that this multistarrer film will be a mature love story. In the film, Ranveer Singh can be seen romancing Alia Bhatt and Dharmendra will be seen romancing Shabana Azmi – Jaya Bachchan.

Sidharth Malhotra has signed an action film with Dharma Productions which will be directed by a new name. The film will be full of romance and action like a villain where Sidharth Malhotra will be seen making a comeback in his angry young man avatar.

Dharma Productions, in association with Still and Still Media, has decided to make a film based on the untold story of C. Sankaran Nair and has started its preparations. The film highlights the legendary court battle in which Shankaran Nair fought against the British Raj to uncover the truth about the Jallianwala Bagh massacre.

Dharma Productions has also added a psychological thriller to its list of next films starring Ishaan Khatter and Tripti Dimri in the lead. Interestingly, both Ishaan and Tripti are Netflix stars of 2020. Where Ishaan Khatter was seen romancing Tabu in the Netflix web series A Suitable Boy.

The shooting of Janhvi Kapoor starrer Dostana 2 will also be back on track soon after Kartik Aaryan quits. It is believed that now superstar Akshay Kumar will be seen in place of Karthik Aryan in the film. The film is directed by Colin DeConha and it is a gay love story.

Telugu superstar Vijay Devarakonda is also believed to be making his Hindi film debut with Dharma Productions. Ananya Pandey will be seen in the film along with Ligar and Vijay Devarakonda.

Karan Johar’s ambitious project is Takht. Ranveer Singh, Vicky Kaushal, Kareena Kapoor, Janhvi Kapoor, Alia Bhatt, Bhumi Pednekar and Anil Kapoor will be seen in lead roles in this multistarrer film. The film is the biggest story of the battle of the throne of the Mughal Sultanate.

Karan Johar has bought the rights to the book by India’s spymaster, RN Kaw, and the work on the film has already begun. However, the discussion is on about who will play the lead role in the film.

Deepika Padukone, Siddhant Kapoor and Ananya Panday are coming together for a romantic film by Shakun Batra. Work on the film has already started and it is likely to release in February 2021.

After leaving Varun Dhawan, Shashank Khaitan’s film Mr Lele is back on track once again and Vicky Kaushal has replaced Varun Dhawan. The shooting of the film has started before the lockdown and Kiara Advani will be seen in the film along with Vicky Kaushal.

It is reported that Shahid Kapoor has been approached for Dharma Productions’ new film Yoddha. But whether Shahid is doing this film or not, it has not been confirmed at the moment. There have been reports of Shahid leaving the film several times and then returning.

Ranveer Singh can be seen on screen in the role of comics superhero Nagraj. Karan Johar will make this film and the work on the film has already started. Nagraj was everyone’s favorite superhero and now seeing him on screen will be no less than a gift for the fans.

This film of Ayan Mukerji was postponed from December 2019 and scheduled for release in December this year. But after the lockdown, there is a lot of work left for the film. Amitabh Bachchan will be seen playing Ranbir Kapoor and Alia Bhatt in the film. The film also stars Mouni Roy, Nagarjuna and Dimple Kapadia in lead roles.

Vishnu Vardhan is directing this biopic of Kargil hero Vikram Batra. The film was to release on 3 July 2020. Sidharth Malhotra is playing the lead role in the film. Kiara Advani will be seen supporting Siddharth in the film.

READ ALSO -   From the most dangerous strong villain to the most popular father, whose eyes used to stun the audience