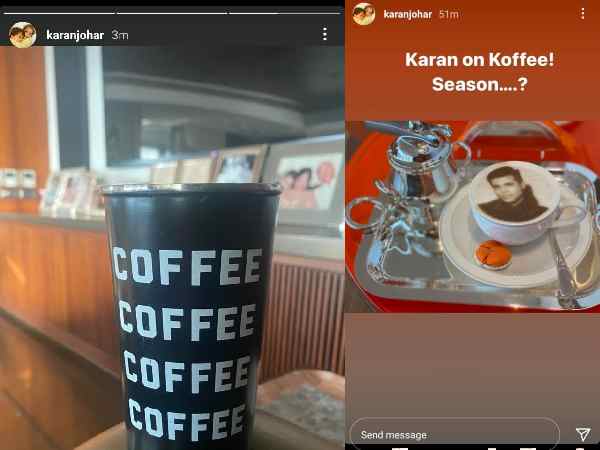 Karan Johar asked Ajay Devgan that a sorcery which you believe is true. To this Ajay Devgan replied that before working with you, I used to think that every film of yours starting with K is a hit, but then I did Kaal and this sona totka turned out to be false.

When are you getting married brother?

brother will not drown

Aamir Khan was asked that if Shahrukh and Salman are sitting in the same boat and if one wants to push, then who will give it, Aamir’s answer was – Salman Because brothers will not drown.

Sara Ali Khan was also seen on this show before her debut opposite Saif Ali Khan. On choosing a boy for Sara, Saif’s reply was that the boy should be rich. He further said – If there is money then take my daughter and Sara was shocked to hear him and reminded him that Abba it will go on National TV.

Diljit Dosanjh was asked whether it was done in the field or in the car. And he was ashamed. When the king asked where the car park was, he blushed even more.

At the same time, Hardik Pandya and KL Rahul did so much nonsense that this episode had to be banned. One statement of Hardik Pandya became so famous that it became the biggest meme of that year.

Kareena Kapoor Khan and Priyanka Chopra came together after forgetting their old feud. Kareena told how a doll is being sold in the name of Taimur which does not look like her son at all. Rather scary. At the same time, Kareena also told Priyanka who is dating whom in the industry.

Sonam Kapoor, Harshvardhan Kapoor and Rhea Kapoor told that they call their father Anil Kapoor as AK and mother Sunita as Sonu. While mocking Anil Kapoor, he also told that he only does 45 minutes gym but it takes him three hours because he keeps looking at himself in the mirror.

This season people also saw the equation of Arjun Kapoor and Janhvi Kapoor for the first time. On the other hand, Arjun Kapoor while talking about Janhvi’s special friend Ishaan Khattar said – He is seen around her all the time.